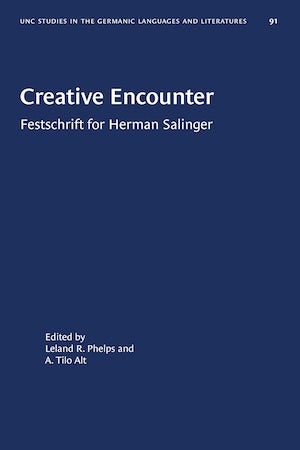 A collection of thirteen essays by comparatists and Germanists published in celebration of the scholar and poet Herman Salinger. The essays range from Greek antiquity to the twentieth century--from the Sophoclean Electra to Rilke. Two poems by Rudolf Hagelstange and Karl Krolow, Tabula Gratulatoria, and a bibliography of Herman Salinger's publications are also included in the volume.