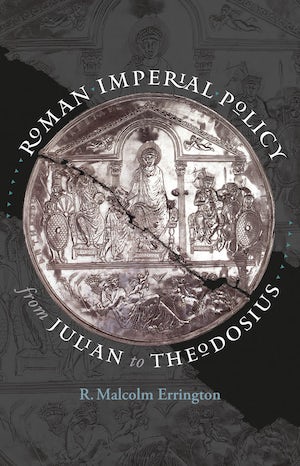 The division of the late Roman Empire into two theoretically cooperating parts by the brothers Valentinian and Valens in 364 deeply influenced many aspects of government in each of the divisions. Although the imperial policies during this well-documented and formative period are generally understood to have been driven by the religious and ideological aims of the emperors, R. Malcolm Errington argues that the emperors were actually much more pragmatic in their decision making than has previously been assumed.

The division of responsibilities between the emperors inevitably encouraged separate developments and allowed locally varying and often changing imperial attitudes toward different forms of religious belief. Errington demonstrates that the main stimulus for action in this period nearly always came from below the level of the imperial government, and not from an imperial initiative. Extending the theory of Fergus Millar into the later empire, Errington argues that the emperors were fundamentally reactive to regionally supplied information, as Millar has asserted was the case for the High Empire. Thus, despite significant structural changes, the empire remained broadly traditional in its operations.

R. Malcolm Errington is professor of ancient history at the Philipps-Universität in Marburg, Germany. He is author of three other books, including A History of Macedonia.
For more information about R. Malcolm Errington, visit the Author Page.

“Eminently readable….This is a refreshing look at the years covered by the great Roman historian Ammianus. And like his illustrious predecessor, Errington’s work is full of pertinent and shrewd observations.”--Gnomon

“An excellent work. It presents a detailed investigation of the government and machinery of the late Roman state. . . . This is a most valuable treatise on a crucial period of the Late Roman Empire.”--Arctos

"Lays out the evidence . . . clearly, and the whole book is essential reading for those interested in the 4th century."--Ancient History: Resources for Teachers

"A detailed investigation. . . . Solid analyses of issues of government will underpin future discussions."--Journal of Roman Studies

"Builds on several [of Errington's] groundbreaking articles. . . . A model of sensible large-scale analysis. . . . It is a sign of the book's excellence that one can disagree with . . . large questions of interpretation while remaining wholly convinced by the many specific discussions that here sustain them."--The Classical Bulletin

"This is a traditional institutional history of the later Roman empire. . . . It enhances our understanding of a turbulent time."--The Journal of Military History 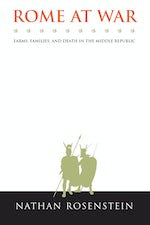