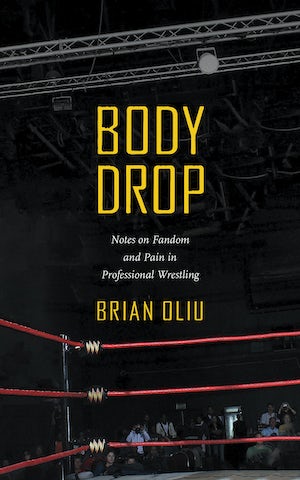 Professional wrestling is a strange beast full of contradictions--part live soap opera, part hypermasculine violent spectacle. It is an indelibly American pastime enjoyed by millions and leads a select group of wrestlers to international fame. It’s also a sport that leaves many of its athletes broken and battered, at serious risk of addiction, poverty, and early death. Body Drop looks deeply at the nuances of professional wrestling and its strange place within American culture. Brian Oliu offers deeply personal meditations on such topics as disability, chronic pain, body image, masculinity, class, and more, all through the lens of American professional wrestling.

Wrestling is a sport that is gleefully fake, but the people who love it are very real. In holding up this particular part of American culture to scrutiny, Oliu acknowledges that the wrestling world, like our own, is one that has been crafted, but by showing readers the scaffolding that holds everything up, he invites us to figure out what holds our own realities straight.

Brian Oliu teaches, writes, and fights out of Tuscaloosa, Alabama. He is the author of three chapbooks and five full-length collections of nonfiction, including So You Know It’s Me.
For more information about Brian Oliu, visit the Author Page.

"Oliu is clearly a long-time wrestling fan but is also deft at contrasting these highlight reel best-of wrestling moments with the intricacies and difficulties of his own life."—Literary Hub

"What Oliu does here is much needed: he navigates through the messy and confusing layers of professional wrestling and life itself, all of it a play within a play within a play, and finds love and loss, faces and heels, the very stuff of what it means to be so confusingly and miraculously alive."--Jared Yates Sexton, author of American Rule: How a Nation Conquered the World but Failed Its People

"Brian Oliu's Body Drop places the reader in a cross-face chicken wing and demands they see pro wrestling as the insightful art form it truly is. A must-read for any fan."--Brian Box Brown, author of Andre the Giant: Life and Legend 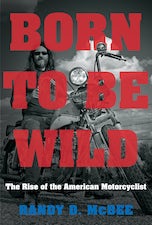