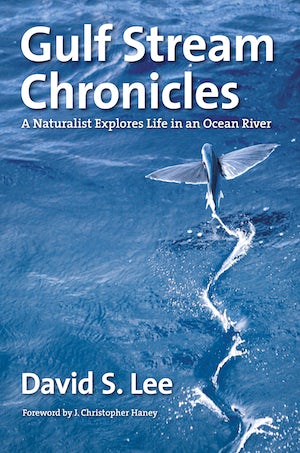 Off the shore of Hatteras Island, where the inner edge of the Gulf Stream flows northward over the outer continental shelf, the marine life is unlike that of any other area in the Atlantic. Here the powerful ocean river helps foster an extraordinarily rich diversity of life, including Sargassum mats concealing strange creatures and exotic sea beans, whales and sea turtles, sunfish and flying fish, and shearwaters and Bermuda petrels. During his long career as a research scientist, David S. Lee made more than 300 visits to this area off the North Carolina coast, documenting its extraordinary biodiversity. In this collection of twenty linked essays, Lee draws on his personal observations and knowledge of the North Atlantic marine environment to introduce us to the natural wonders of an offshore treasure.

Lee guides readers on adventures miles offshore and leagues under the sea, blending personal anecdotes with richly detailed natural history, local culture, and seafaring lore. These journeys provide entertaining and informative connections between the land and the diverse organisms that live in the Gulf Stream off the coast of North Carolina. Lee also reminds us that ocean environments are fragile and vulnerable to threats such as pollution, offshore energy development, and climate change, challenging those of us on land to consider carefully the costs of ignoring sea life that thrives just beyond our view.

“An informative work about an intricate ecosystem, written with an obvious love for the region and a naturalist’s eye for what makes it unique.”--Foreword Reviews

“David Lee has written an enthralling account of the world of the deep sea, its creatures, and their stunning adaptations to that world. An utterly fascinating and deeply necessary work.”--Lawrence Earley, former editor of Wildlife in North Carolina

"Through colorful and entertaining stories, David Lee telegraphs his deep love and passion for the vital ecosystem of the Gulf Stream along the North Carolinian coast. He shows how these dynamic and endangered biological hotspots shape not only the environment but also the region's history and its mystery."--Andrew Shepard, University of South Florida, College of Marine Science

"Especially in light of current debates over energy production in the marine environments along the Atlantic Coast of the southeastern United States, the public would do well to become aware of the many biological treasures that lie within the waters of the Gulf Stream. There is no better place to start that education than with David Lee's highly entertaining natural history of the current and the many species that depend on it."--Chuck Hunter, U.S. Fish and Wildlife Service 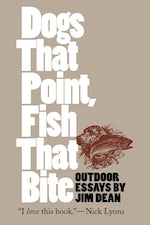 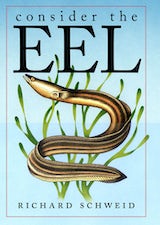