Message from the Series Editors

Books in the Series

The Boundless South publishes books that are regional, readable, and deeply researched while capturing the stories of people, places, and culture. Connecting audiences to real southerners, the Boundless South presents the diversity of “southernness” and the extent of the southern diaspora with nuance and broad appeal.

The Boundless South seeks to harness a new energy surrounding the discipline of history and calls on historians to provide narrative-based books that meld scholarship with writing for the broader public. As historians of the American South who understand the importance of reaching a broader public, we seek to bring together like-minded historians and writers to examine the region in ways that stretch beyond the current historiographical, geographical, and chronological boundaries, while also challenging ideas about what the South is and where southern culture can be found. BoSo, as a series, intends to gather books of history that also tell stories of people, places, and culture.

While the series expects to expand the historiography of the South, we are more concerned with how southern history is written, although we believe that books in this series can do both. Several existing series have taken on “the South” as a subject, yet rarely converse with undergraduate students or a general readership, remaining in service to the academy for purposes of tenure and promotion and, historically, whose audience remains primarily other scholars. This in turn has led to insular discussions of the region that rarely speak to crossover audiences or have any effect on public discourse. The histories we write about the South today is critical to how it will be understood by Americans in the future. BoSo is focused on meeting that need by offering books that are regional, readable, and relatable.

Reaching the broader public about the South through historical portraits of the region and its people is essential if Americans, especially students and the larger public, are to move beyond their limited understanding of the region. One of the goals of the series is to counter perceptions and persistent narratives of the region as monolithic or exceptional.  In part, this is a reflection of media misunderstanding and the tendency to offer well-worn stereotypes with which the entire region gets painted. Still, the American South continues to be a rich subject for all types of media as journalists seek understanding on topics ranging from Confederate memorialization and blackface to filmmakers telling stories of slavery, segregation, and civil rights.

While the foundations of BoSo are rooted in scholarship, the writers might not call the academy home, as many historians are working as journalists, public historians, teachers in secondary education, and in the private sector. Most fundamentally, BoSo seeks to tell stories targeting the larger market: the non-scholars, be they students or the general public. The absence of accessible books that address regional differences and diversity leads to the persistent misunderstanding of the South and its people—whether they have lived in the region for generations or less than one generation – and despite the growing academic historiography.

Readers will encounter stories about everyday people, as well as leaders, while connecting Americans to the South and its people in a way that is relatable and offers nuanced portraits of the region that also highlights its differences. The series will present a plurality of southerness that accurately matches that of nation. Submissions to BoSo are welcome. Please reach out to Brandon Proia—brandon.proia@uncpress.org—with a proposal or query.

Books in the Boundless South series (click on a book to learn more): 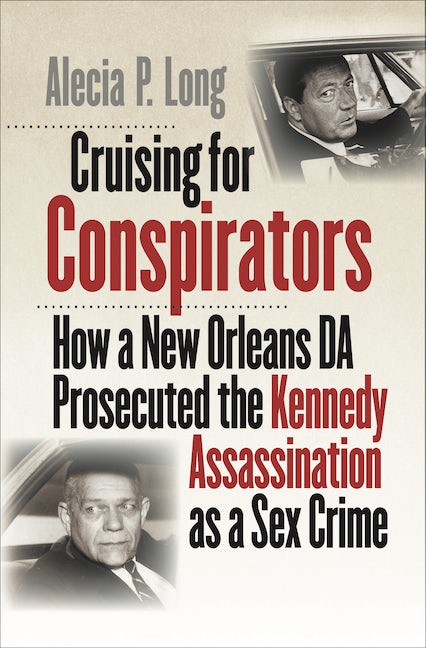