For Our Current Authors

News for Our Authors 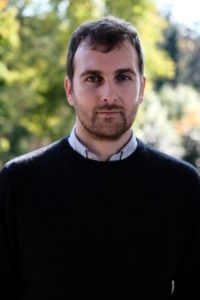 I seek to publish broadly accessible works of history that make a serious argument while appealing to an audience beyond the academy. I am particularly interested in histories of race, environment, politics, social movements, capitalism, empire, and ideas. Topics of special interest include policing and prison; the flows of ideas, organisms, and commodities across borders; and the social forces, cultural currents, and political economy that shaped the twentieth and twenty-first centuries. I primarily acquire works drawn from African American history, environmental history, intellectual history, the history of foreign relations, and the history of the South. I’ve written about the vital work of writing history that crosses over from academic audiences to mass readerships at The American Historian.

I graduated from UNC-Chapel Hill with a B.A. in English and Creative Writing in 2005. I worked at Cabinet Magazine, Basic Books, Basic Civitas, and PublicAffairs before joining the Press in 2013.

Brandon is assisted by Dylan White.