About the JPP Series 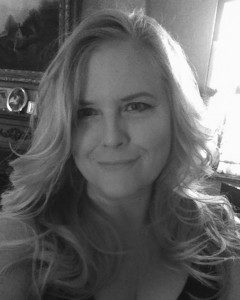 Heather Ann Thompson has just completed Blood in the Water: the Attica Prison Uprising of 1971 and its Legacy for Pantheon Books. While completing this history of the Attica Uprising, Thompson has received several research fellowships and awards including the Soros Justice Fellowship from the Open Society Institute.

She is also the author of Whose Detroit: Politics, Labor and Race in a Modern American City (Cornell University Press, 2001) and has published an edited collection, Speaking Out: Protest and Activism in the 1960s and 1970s (Prentice Hall, 2009), as well as chapters on crime, punishment, and prison activism during the 1960s and 1970s in several edited collections. Thompson has also written numerous scholarly articles on the current crisis of mass incarceration including: “Why Mass Incarceration Matters: Rethinking Crisis, Decline and Transformation in Postwar American History” (Journal of American History, December 2010);  ”Downsizing the Carceral State: The Policy Implications of Prisoner Guard Unions” (Criminology and Public Policy, August, 2011);  ”The Prison Industrial Complex: A Growth Industry in a Shrinking Economy“ (New Labor Forum, Fall, 2012); “Rethinking Working Class Struggle through the Lens of the Carceral State: Toward a Labor History of Inmates and Guards (Labor: Working  Class Studies of the Americas, Fall, 2011); Blinded by a “Barbaric” South: Prison Horrors, Inmate Abuse, and the Ironic History of American Penal Reform“ (2010); and Criminalizing Kids: The Overlooked Reason for Failing Schools.”(Dissent, October, 2011). In September 2011, she also published an oped in the New York Times on the occasion of the 40th anniversary of Attica titled: “The Lingering Injustice of Attica.”  She has recently consulted on two documentary films: a film on the Attica Prison Uprising of 1971 by award-winning filmmakers Chris Christopher and David Marshall and a film on Algiers Hijacking of 1972 by award-winning filmmaker Maia Weschsler. Recently, two of Thompson’s publications, “Why Mass Incarceration Matters” and “Rethinking Working Class Struggle Through the Lens of the Carceral State” were awarded Most Distinguished Scholarly Article prizes and Thompson was named to a National Academy of Sciences panel to study the causes and consequences of high rates of incarceration in the United States. The two-year, $1.5 million project is sponsored by the National Institute of Justice and the John D. and Catherine T. MacArthur Foundation. Thompson serves as well on the boards of the Eastern State Penitentiary, a historic site, and the Prison Policy Initiative. 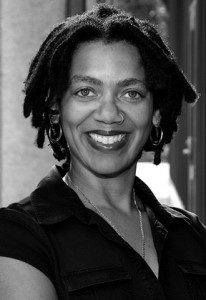 Prior to joining the History Department at Vanderbilt University in 2017, Williams was a Professor of History in the College of Arts and Sciences at Case Western Reserve University, and the founder and director of the Social Justice Institute at CWRU. She also initiated and directed CWRU’s Postdoctoral Fellowship in African American Studies.

She is the author of Concrete Demands: The Search for Black Power in the 20th Century (2015) and the award-winning The Politics of Public Housing: Black Women’s Struggles against Urban Inequality (2004), the inaugural book in Oxford University Press’s Transgressing Boundaries: Studies in Black Politics and Black Communities book series.

She is the author of the forthcoming book chapter titled “Women, Gender, Race, and the Welfare State” in the Oxford Handbook for Women’s and Gender History, co-edited by Lisa Materson and Ellen Hartigan-O’Connor. Williams’ other articles and essays include “The Pursuit of Audacious Power: Rebel Reformers and Neighborhood Politics in Baltimore, 1966-1968,” in Neighborhood Rebels: Black Power at the Local Level; “‘To Challenge the Status Quo by Any Means’: Community Action and Representational Politics in 1960s Baltimore,” in The War on Poverty: A New Grassroots History, 1964-1980; and “‘Something’s Wrong Down Here’: Poor Black Women and Urban Struggles for Democracy,” in African American Urban History Since World War II. Her work also appears in Freedom Now! Struggles for the Human Right to Housing in Los Angeles, and Beyond and Public Housing Myths: Perception, Reality, and Social Policy.

Currently, Williams is working on a book-length project: The Dope Wars: Street-level Hustling and the Culture of Drugs in Post-1930s Urban America, and continues to examine the history of black power politics in the United States.

Williams has given numerous keynote lectures and presentations, including at the Schomburg Center for Research in Black Culture, Bowdoin College, University of Maryland Baltimore County, San Francisco State University, and University of North Carolina Chapel Hill. She is the recipient of numerous awards and honors, including an American Association of University Women Postdoctoral Fellowship and a former Harvard University W.E.B. Du Bois Institute Fellow. She has been honored by History News Network as a Top Young Historian; the Organization of American Historians as a Distinguished Lecturer; and is listed in the 2009 and 2015 editions of Who’s Who in Black Cleveland.

Williams received her PhD in history from the University of Pennsylvania in 1998 and her undergraduate degree in journalism from the University of Maryland College Park in 1989, where she became that university’s first black salutatorian in its then 187-year history. She resides in Cleveland, where she is a scholar-activist and activist-scholar, and is a native of Baltimore.