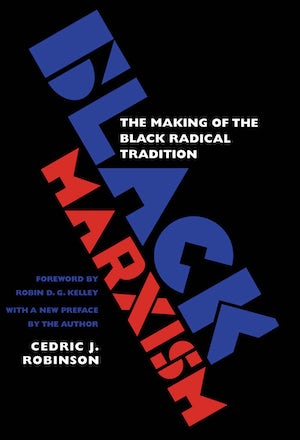 In this ambitious work, first published in 1983, Cedric Robinson demonstrates that efforts to understand black people's history of resistance solely through the prism of Marxist theory are incomplete and inaccurate. Marxist analyses tend to presuppose European models of history and experience that downplay the significance of black people and black communities as agents of change and resistance. Black radicalism must be linked to the traditions of Africa and the unique experiences of blacks on western continents, Robinson argues, and any analyses of African American history need to acknowledge this.

To illustrate his argument, Robinson traces the emergence of Marxist ideology in Europe, the resistance by blacks in historically oppressive environments, and the influence of both of these traditions on such important twentieth-century black radical thinkers as W. E. B. Du Bois, C. L. R. James, and Richard Wright.

Cedric J. Robinson (1940-2016) was professor of Black Studies and political science at the University of California, Santa Barbara. His books include The Terms of Order, Black Movements in America, and Anthropology of Marxism.
For more information about Cedric J. Robinson, visit the Author Page.

"I can say, without a trace of hyperbole, that this book changed my life. . . . Combining political theory, history, philosophy, cultural analysis, and biography, among other things, Robinson literally rewrites the history of the rise of the West from ancient times to the mid-twentieth century, tracing the roots of black radical thought to a shared epistemology among diverse African people and providing a withering critique of Western Marxism and its inability to comprehend either the racial character of capitalism and the civilization in which it was born or mass movements outside Europe. . . . Black Marxism remains as fresh and insightful as it was when it was first composed, still productively engaged with the central questions posed by histories of the African Diaspora."--Robin D. G. Kelley, from the Foreword

"Robinson demonstrates very clearly . . . the ability of the black tradition to transcend national boundaries and accommodate cultural, religious and 'racial' differences. Indeed, he shows that, in a sense, it has emerged out of the transformation of these differences."--Race and Class

"A towering achievement. There is simply nothing like it in the history of black radical thought."--Cornel West, Monthly Review

"Reflective and thought-provoking, a welcome contribution to the African/Afro-American studies discipline."--Canadian Review of Studies in Nationalism

"For those interested in pursuing political and ideological alternatives to capitalistic exploitation and underdevelopment of African peoples in the Americas and Africa, Black Marxism provides a well-documented foundation upon which to build ideological and mass social movements."--Phylon 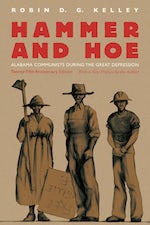