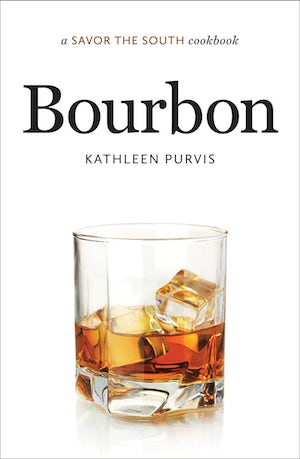 Did you know that bourbon must be made in America and aged for at least two years in new American oak barrels that are charred on the inside? In this spirited little cookbook, Kathleen Purvis explores the history, mythology, and culinary star power of this quintessential southern liquor. On the scene in Kentucky, home to most bourbon makers, she reports on the science and love behind the liquor's long, careful production. Featuring both classic and cutting-edge cocktails, the cookbook ranges well beyond beverages to present bourbon as a distinct ingredient in appetizers, entrées, side dishes, and desserts.

From Classic Mint Julep to Bourbon-Ginger Grilled Pork Tenderloin to Pecan Bourbon Balls to Bourbon-Chicken Liver Pâté, the 54 recipes in Bourbon are punctuated by Purvis's wicked sense of humor. Did you know that even the taxman takes a cut from the "angel’s share" that evaporates from bourbon barrels?

Kathleen Purvis is author of Pecans: A Savor the South Cookbook and food editor of the Charlotte Observer. In addition, she is a member of the Southern Foodways Alliance and the James Beard Foundation.
For more information about Kathleen Purvis, visit the Author Page.

"SAVOR THE SOUTH--designed to give Dixie’s most time-honored ingredients their due."--Garden & Gun

"Out to dispel this awful misconception that bourbon is only designed for pre or post dinner discussions. . . [Purvis] takes bourbon from the bar into the kitchen."--Mobile Press-Register

"Kentucky's signature spirit proves itself worthy of a place in the pantry."--Lexington Herald-Leader

"An intoxicating journey through the history of bourbon. . . using [Purvis's] trademark wicked wit and Southern food knowledge to entice your food curiosity as well as your palate."--Creative Loafing Charlotte

Keep up with the Savor the South series on Facebook at www.facebook.com/SavortheSouth. 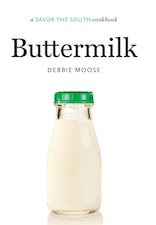