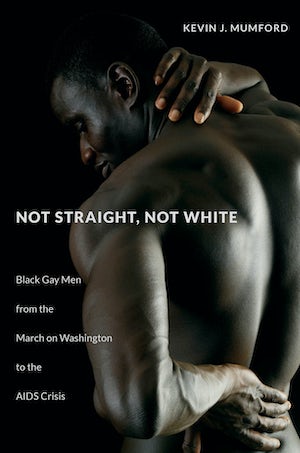 This compelling book recounts the history of black gay men from the 1950s to the 1990s, tracing how the major movements of the times—from civil rights to black power to gay liberation to AIDS activism—helped shape the cultural stigmas that surrounded race and homosexuality. In locating the rise of black gay identities in historical context, Kevin Mumford explores how activists, performers, and writers rebutted negative stereotypes and refused sexual objectification. Examining the lives of both famous and little-known black gay activists—from James Baldwin and Bayard Rustin to Joseph Beam and Brother Grant-Michael Fitzgerald—Mumford analyzes the ways in which movements for social change both inspired and marginalized black gay men.

Drawing on an extensive archive of newspapers, pornography, and film, as well as government documents, organizational records, and personal papers, Mumford sheds new light on four volatile decades in the protracted battle of black gay men for affirmation and empowerment in the face of pervasive racism and homophobia.

Kevin Mumford is professor of history at the University of Illinois at Urbana-Champaign.
For more information about Kevin Mumford, visit the Author Page.