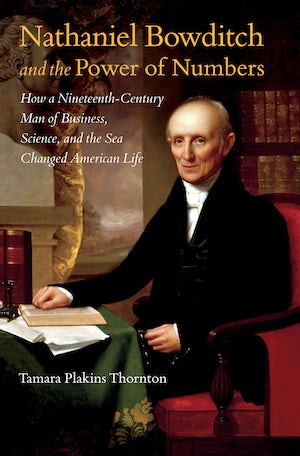 In this engagingly written biography, Tamara Plakins Thornton delves into the life and work of Nathaniel Bowditch (1773-1838), a man Thomas Jefferson once called a “meteor in the hemisphere.” Bowditch was a mathematician, astronomer, navigator, seafarer, and business executive whose Enlightenment-inspired perspectives shaped nineteenth-century capitalism while transforming American life more broadly. Enthralled with the precision and certainty of numbers and the unerring regularity of the physical universe, Bowditch operated and represented some of New England's most powerful institutions—from financial corporations to Harvard College—as clockwork mechanisms. By examining Bowditch’s pathbreaking approaches to institutions, as well as the political and social controversies they provoked, Thornton’s biography sheds new light on the rise of capitalism, American science, and social elites in the early republic.

Fleshing out the multiple careers of Nathaniel Bowditch, this book is at once a lively biography, a window into the birth of bureaucracy, and a portrait of patrician life, giving us a broader, more-nuanced understanding of how powerful capitalists operated during this era and how the emerging quantitative sciences shaped the modern experience.

“Much more than a well-researched and engaging biography”—Thornton “shows how Bowditch’s insistence on arithmetic order . . . a new spirit of numbers . . . contributed to a sea change in American life.”--Theodore M. Porter, Journal of Interdisciplinary History

"A remarkable book . . . a real pleasure to read. . . . Thornton writes beautifully and uncomplicatedly about subjects that are neither beautiful nor uncomplicated. She breathes life and excitement into ledger books, forms, and actuarial tables and paints vivid portraits of corporate board meetings. . . . a scholarly biography of Bowditch that is deeply engaged with the historiography of American capitalism”--A “great achievement”--Gautham Rao, American Historical Review

“An enormously learned book about an intellectually challenging subject . . . [bringing] Bowditch to life in order to show us something about the power of numbers to regulate the world—a power that we now know so well we forget it was not always so.”—John Lauritz Larson, Reviews in American History

“Written in an engaging style with a good dose of wry humor, and enlivened with excursions into a wide variety of topics including navigation, trade, insurance, astronomy, early American politics, the role of learned societies, and the practice of science . . . a real page-turner . . . engaging and deeply researched . . . an enjoyable and rewarding read”-- Journal of Economic History

“A meticulously researched and wonderfully readable biography . . . Thornton paints a picture of a man who extends his interest in the regularity of the heavens and logical consistency of mathematics into his business dealings, as well as his dealings with the people of New England”—a “masterful understanding of Nathaniel Bowditch: a man of many talents and abilities who sought to organize the world, or at least his little slice of it, with stability and precision.”--Journal of the Early Republic 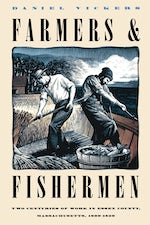