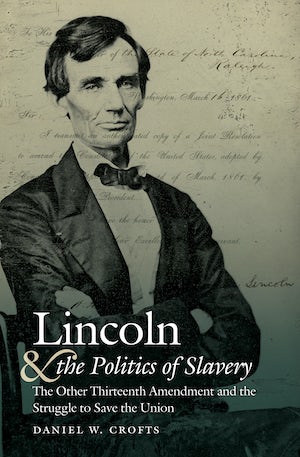 In this landmark book, Daniel Crofts examines a little-known episode in the most celebrated aspect of Abraham Lincoln’s life: his role as the “Great Emancipator.” Lincoln always hated slavery, but he also believed it to be legal where it already existed, and he never imagined fighting a war to end it. In 1861, as part of a last-ditch effort to preserve the Union and prevent war, the new president even offered to accept a constitutional amendment that barred Congress from interfering with slavery in the slave states. Lincoln made this key overture in his first inaugural address.

Crofts unearths the hidden history and political maneuvering behind the stillborn attempt to enact this amendment, the polar opposite of the actual Thirteenth Amendment of 1865 that ended slavery. This compelling book sheds light on an overlooked element of Lincoln’s statecraft and presents a relentlessly honest portrayal of America’s most admired president. Crofts rejects the view advanced by some Lincoln scholars that the wartime momentum toward emancipation originated well before the first shots were fired. Lincoln did indeed become the “Great Emancipator,” but he had no such intention when he first took office. Only amid the crucible of combat did the war to save the Union become a war for freedom.

Daniel Crofts is the author of Reluctant Confederates: Upper South Unionists in the Secession Crisis.
For more information about Daniel W. Crofts, visit the Author Page. 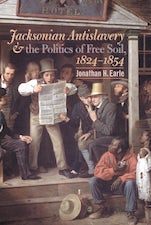