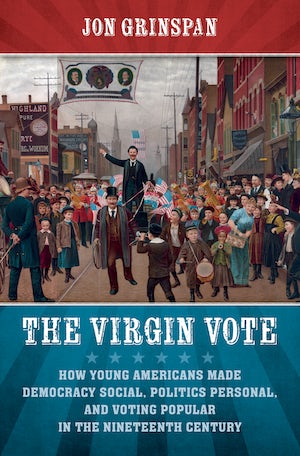 There was a time when young people were the most passionate participants in American democracy. In the second half of the nineteenth century--as voter turnout reached unprecedented peaks--young people led the way, hollering, fighting, and flirting at massive midnight rallies. Parents trained their children to be “violent little partisans,” while politicians lobbied twenty-one-year-olds for their “virgin votes”—the first ballot cast upon reaching adulthood. In schoolhouses, saloons, and squares, young men and women proved that democracy is social and politics is personal, earning their adulthood by participating in public life.

Drawing on hundreds of diaries and letters of diverse young Americans--from barmaids to belles, sharecroppers to cowboys--this book explores how exuberant young people and scheming party bosses relied on each other from the 1840s to the turn of the twentieth century. It also explains why this era ended so dramatically and asks if aspects of that strange period might be useful today.

In a vivid evocation of this formative but forgotten world, Jon Grinspan recalls a time when struggling young citizens found identity and maturity in democracy.

Jon Grinspan is a historian of American democracy, youth, and popular culture. He is a curator of political history at the Smithsonian’s National Museum of American History and a frequent contributor to the New York Times.
For more information about Jon Grinspan, visit the Author Page.