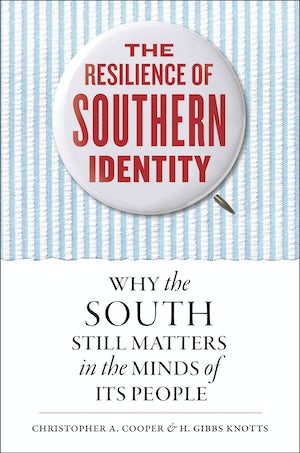 The American South has experienced remarkable change over the past half century. Black voter registration has increased, the region’s politics have shifted from one-party Democratic to the near-domination of the Republican Party, and in-migration has increased its population manyfold. At the same time, many outward signs of regional distinctiveness have faded--chain restaurants have replaced mom-and-pop diners, and the interstate highway system connects the region to the rest of the country. Given all of these changes, many have argued that southern identity is fading. But here, Christopher A. Cooper and H. Gibbs Knotts show how these changes have allowed for new types of southern identity to emerge. For some, identification with the South has become more about a connection to the region’s folkways or to place than about policy or ideology. For others, the contemporary South is all of those things at once--a place where many modern-day southerners navigate the region’s confusing and omnipresent history.

Regardless of how individuals see the South, this study argues that the region’s drastic political, racial, and cultural changes have not lessened the importance of southern identity but have played a key role in keeping regional identification relevant in the twenty-first century.

H. Gibbs Knotts is professor of political science at the College of Charleston.
For more information about H. Gibbs Knotts, visit the Author Page.