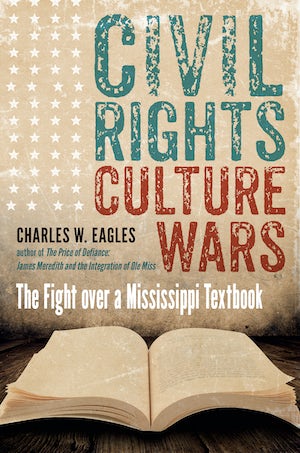 One of CHOICE Magazine’s Top 25 Academic Books of 2017

Just as Mississippi whites in the 1950s and 1960s had fought to maintain school segregation, they battled in the 1970s to control the school curriculum. Educators faced a crucial choice between continuing to teach a white supremacist view of history or offering students a more enlightened multiracial view of their state’s past. In 1974, when Random House’s Pantheon Books published Mississippi: Conflict and Change (written and edited by James W. Loewen and Charles Sallis), the defenders of the traditional interpretation struck back at the innovative textbook. Intolerant of its inclusion of African Americans, Native Americans, women, workers, and subjects like poverty, white terrorism, and corruption, the state textbook commission rejected the book, and its action prompted Loewen and Sallis to join others in a federal lawsuit (Loewen v. Turnipseed) challenging the book ban.

Charles W. Eagles explores the story of the controversial ninth-grade history textbook and the court case that allowed its adoption with state funds. Mississippi: Conflict and Change and the struggle for its acceptance deepen our understanding both of civil rights activism in the movement’s last days and of an early controversy in the culture wars that persist today. 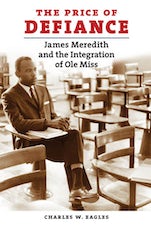