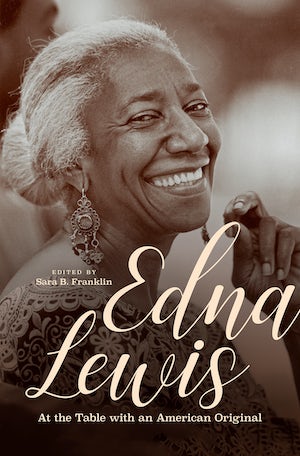 Edna Lewis (1916-2006) wrote some of America's most resonant, lyrical, and significant cookbooks, including the now classic The Taste of Country Cooking. Lewis cooked and wrote as a means to explore her memories of childhood on a farm in Freetown, Virginia, a community first founded by black families freed from slavery. With such observations as "we would gather wild honey from the hollow of oak trees to go with the hot biscuits and pick wild strawberries to go with the heavy cream," she commemorated the seasonal richness of southern food. After living many years in New York City, where she became a chef and a political activist, she returned to the South and continued to write. Her reputation as a trailblazer in the revival of regional cooking and as a progenitor of the farm-to-table movement continues to grow. In this first-ever critical appreciation of Lewis's work, food-world stars gather to reveal their own encounters with Edna Lewis. Together they penetrate the mythology around Lewis and illuminate her legacy for a new generation.

Sara B. Franklin is a writer and food studies scholar teaching at New York University's Gallatin School of Individualized Study.
For more information about Sara B. Franklin, visit the Author Page.

"This collection of essays by devotees of Miss Lewis (the title by which contemporaries showed their respect and love) serves as an appreciation of her life, her achievements, and her legacy."--Booklist, starred review

“By combining so many perspectives about her life and her cuisine, Edna Lewis: At the Table with an American Original doubles as an effective biography and a tribute from her range of acolytes.”--Foreword Reviews

“A compelling examination of Lewis’ identity that will appeal to food historians, racial studies scholars, and anyone seeking to learn more about Southern food. A fascinating, prismatic look at the legacy of one of America’s most beloved chefs.”--Kirkus Reviews

"A beautiful ode to a grande dame of Southern cuisine."--Garden & Gun

"Recollections and analysis of [Edna] Lewis, a cornerstone of American cuisine."--Max Watman, The Wall Street Journal 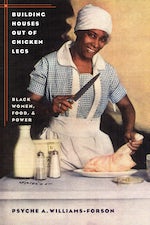