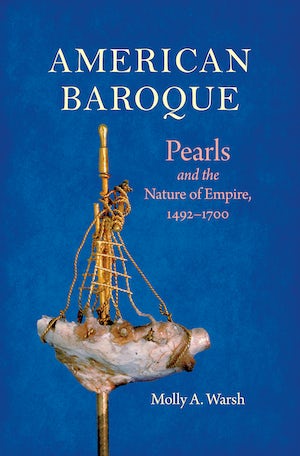 Pearls have enthralled global consumers since antiquity, and the Spanish monarchs Ferdinand and Isabella explicitly charged Columbus with finding pearls, as well as gold and silver, when he sailed westward in 1492. American Baroque charts Spain’s exploitation of Caribbean pearl fisheries to trace the genesis of its maritime empire. In the 1500s, licit and illicit trade in the jewel gave rise to global networks, connecting the Caribbean to the Indian Ocean to the pearl-producing regions of the Chesapeake and northern Europe.

Pearls—a unique source of wealth because of their renewable, fungible, and portable nature—defied easy categorization. Their value was highly subjective and determined more by the individuals, free and enslaved, who produced, carried, traded, wore, and painted them than by imperial decrees and tax-related assessments. The irregular baroque pearl, often transformed by the imagination of a skilled artisan into a fantastical jewel, embodied this subjective appeal. Warsh blends environmental, social, and cultural history to construct microhistories of peoples’ wide-ranging engagement with this deceptively simple jewel. Pearls facilitated imperial fantasy and personal ambition, adorned the wardrobes of monarchs and financed their wars, and played a crucial part in the survival strategies of diverse people of humble means. These stories, taken together, uncover early modern conceptions of wealth, from the hardscrabble shores of Caribbean islands to the lavish rooms of Mediterranean palaces.

Molly A. Warsh is associate professor of history at the University of Pittsburgh
For more information about Molly A. Warsh, visit the Author Page. 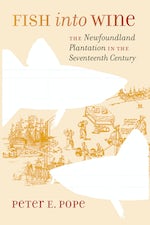