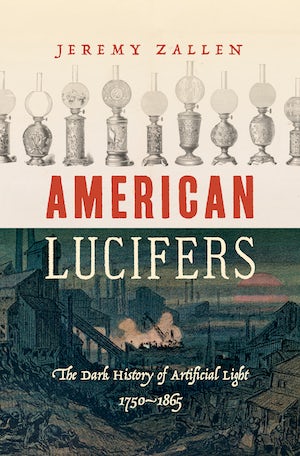 The myth of light and progress has blinded us. In our electric world, we are everywhere surrounded by effortlessly glowing lights that simply exist, as they should, seemingly clear and comforting proof that human genius means the present will always be better than the past, and the future better still. At best, this is half the story. At worst, it is a lie.

From whale oil to kerosene, from the colonial period to the end of the U.S. Civil War, modern, industrial lights brought wonderful improvements and incredible wealth to some. But for most workers, free and unfree, human and nonhuman, these lights were catastrophes. This book tells their stories. The surprisingly violent struggle to produce, control, and consume the changing means of illumination over the eighteenth and nineteenth centuries transformed slavery, industrial capitalism, and urban families in profound, often hidden ways. Only by taking the lives of whalers and enslaved turpentine makers, match-manufacturing children and coal miners, night-working seamstresses and the streetlamp-lit poor--those American lucifers--as seriously as those of inventors and businessmen can the full significance of the revolution of artificial light be understood.

Jeremy Zallen is assistant professor of history at Lafayette College.
For more information about Jeremy Zallen, visit the Author Page.

"An ambitious book. . . . handsomely produced, with illustrations and maps, and will appeal principally to history buffs."--Library Journal

"As we face another great transition, from fossil fuels to alternative energies, Zallen's narrative is timely--echoing in the high human and environmental costs of dramas playing out in Nigerian oilfields and the smog of Indian cities."--David E. Nye, Nature

“Written clearly, with dashes of literary flair. . . . The connections it draws . . . show lighting to be a useful frame within which to understand how global trade, regional commerce, and professional and domestic labor were coordinated in the century or so before electrification.”--CHOICE

"Looking past the physical properties of artificial light, Zallen sees this transformative technology as an artifact of conquest, slavery, and the rise of capitalism. The march of science is retold as a story of struggles between the workers and owners who converted matter to energy, with an emphasis on the toil and blood that made and unmade their worlds. Rewriting the myths that have characterized the history of progress, Zallen invites us to question whether technology ever provides a “fix” for our most important problems, and redirects our attention to the vital social relationships at the core of human existence."--Vincent Brown, author of Tacky’s Revolt: The Story of an Atlantic Slave War

"Zallen argues that the labor and environmental history of 19th-century light has been difficult to see because it is difficult to look at.  From whale oil through camphene, lard candles, phosphorus matches, coal gas, and kerosene, this long-hidden story is one of brutal extraction, human wreckage, and a dangerous re-making of time, space, and labor.  Building on Linda Nash’s concept of inescapable ecologies, American Lucifers tells the story of antebellum light as one not of modernity and liberation from the backwardness of darkness and the barbarity of slavery--far from it.  The ecologies of industrial light ensnared the bodies and labor of enslaved African Americans and nearly-enslaved children and adults across the nation and the globe.  Workers mass-produced light from the bodies of whales and livestock, from pine sap and coal, from guano and cattle bones, phosphorus and sulfur.  After reading this gripping and powerful analysis, no reader will light a match or flick a switch without a profound understanding of the inequalities of risk and violence, and the vast scope of sacrifice, inherent in the antebellum democratization of light."--Kathryn Morse, author of The Nature of Gold: An Environmental History of the Klondike Gold Rush

"Jeremy Zallen takes a potentially banal topic—the surging “progress” of artificial illumination in the late eighteenth and nineteenth centuries—and turns it into a riveting, globe-trotting story that encompasses Melvillean whaling vessels, infernal Caribbean sugar mills, swampy turpentine camps in the Carolina woods, explosive Virginia coal mines, reeking Cincinnati slaughterhouses, match factories on both sides of the Atlantic in which child laborers became so contaminated with deadly phosphorous that they literally glowed in the dark, and other nodes in a larger “ecology of violence.”   At the very heart of this enthralling book beats a booming paradox:  Lighting up the modern world has come at the expense of all manner of darkness.  Magisterially conceived and enthrallingly executed, this is the best book about capitalism, workers, and the tortured relations between them that I have read in a very long time."--Thomas G. Andrews, author of Killing for Coal: America's Deadliest Labor War 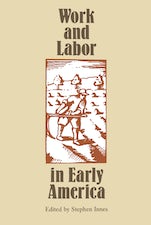