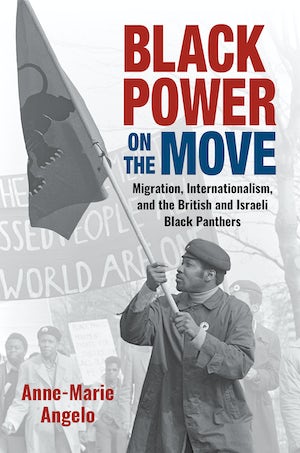 Though born in the American South in the mid-1960s, the Black Power movement traveled the world in the years between 1967 and 1972, capturing the imagination of people of color across the Caribbean, Africa, Australasia, Europe, and the Middle East. In Black Power on the Move, Anne-Marie Angelo tells the story of two of the most powerful Black Panther movements outside the United States, showing how a distinctively American movement gave a name to an assertive grassroots internationalist politics in the U.K. and Israel.

In London, Afro-Caribbean, West African, and South Asian people established the British Black Panther Movement in 1968. In Jerusalem, migrants from countries such as Morocco, Iraq, Yemen, and Egypt founded the Israeli Black Panther Party in 1971. In the face of national narratives that insisted that racism was solely an American problem, these groups adapted the Black Panther framework to suit their local struggles, deploying it to characterize everyday experiences of police harassment, unemployment, and poor housing as symptoms of larger structural problems and to envision community programs that might lead to a new social order. Highlighting some common strategies these parties shared, Angelo reveals how, as Black Panthers, people of color from many parts of the world strengthened their communities and provoked resistance to racism’s local and imperial formations.

"Angelo's cutting-edge research provides the voices of the movements' leaders and members, teasing out their aspirations in a more nuanced way than the police files that criminalize them."--Komozi Woodard, Sarah Lawrence College

"The depth and range of Angelo's research is quite impressive, and her arguments are precise and forceful. This is an original contribution to the history of Black Power."--Nico Slate, Carnegie Mellon University 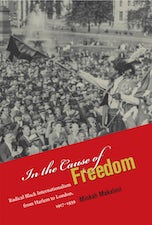