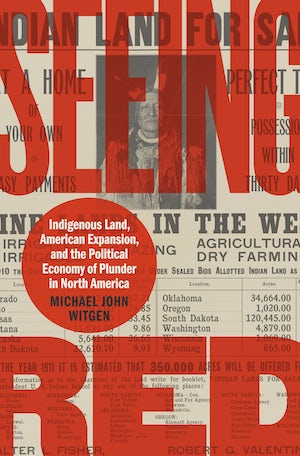 Against long odds, the Anishinaabeg resisted removal, retaining thousands of acres of their homeland in what is now Michigan, Wisconsin, and Minnesota. Their success rested partly on their roles as sellers of natural resources and buyers of trade goods, which made them key players in the political economy of plunder that drove white settlement and U.S. development in the Old Northwest. But, as Michael Witgen demonstrates, the credit for Native persistence rested with the Anishinaabeg themselves. Outnumbering white settlers well into the nineteenth century, they leveraged their political savvy to advance a dual citizenship that enabled mixed-race tribal members to lay claim to a place in U.S. civil society. Telling the stories of mixed-race traders and missionaries, tribal leaders and territorial governors, Witgen challenges our assumptions about the inevitability of U.S. expansion.

Deeply researched and passionately written, Seeing Red will command attention from readers who are invested in the enduring issues of equality, equity, and national belonging at its core.

Michael John Witgen (Red Cliff Band of Lake Superior Ojibwe) is professor in the Department of History and the Center for the Study of Race and Ethnicity at Columbia University.
For more information about Michael John Witgen, visit the Author Page.

"An important analysis of Indigenous resistance to U.S. colonialism in the lands that would become Michigan and Wisconsin during the first half of the nineteenth century."—Civil War Book Review

"An important work that draws together multiple threads that have all too often remained stubbornly disparate in the field of early American history. Witgen's "political economy of plunder" model achieves something simultaneously noteworthy and quite difficult. . . . Witgen makes the unthinkable imaginable, and even tangible, to his audience."—H-Early-America

“Brilliant and engrossing. Challenging the dominant narrative of American history, which assumes a rapid decline in Native power after the War of 1812, Witgen charts Indigenous persistence in the Old Northwest despite relentless pressure from both the United States and Canada. Witgen’s compelling analysis of ‘the political economy of plunder’ transforms our view of settler colonialism.”—Christina Snyder, Pennsylvania State University

“Witgen reframes the history of the United States around settler colonialism and fills out the picture with a granular understanding of both the practical mechanisms of ‘the political economy of plunder’ and the terrible human costs of American imperialism on the continent of North America.”—Walter Johnson, Harvard University

“Seeing Red is ablaze with astonishing stories, piercing insights, and riveting prose. Weaving together a fascinating tapestry of multiracial and multinational interaction, Witgen reveals how seemingly familiar events and processes were bound up in a ‘political economy of plunder’ that forced Indigenous peoples into exploitative colonial arrangements and expelled African Americans from the possibilities of citizenship. A powerful analysis of dispossession.”—Tiya Miles, Harvard University 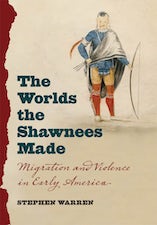