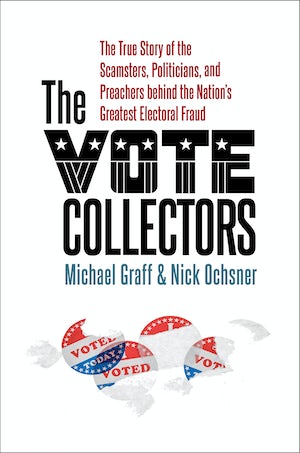 In November 2018, Baptist preacher Mark Harris beat the odds, narrowly fending off a blue wave in the sprawling Ninth District of North Carolina. But word soon got around that something fishy was going on in rural Bladen County. At the center of the mess was a local political operative named McCrae Dowless. Dowless had learned the ins and outs of the absentee ballot system from Democrats before switching over to the Republican Party. Bladen County’s vote-collecting cottage industry made national headlines, led to multiple election fraud indictments, toppled North Carolina GOP leadership, and left hundreds of thousands of North Carolinians without congressional representation for nearly a year.

In The Vote Collectors, Michael Graff and Nick Ochsner tell the story of the political shenanigans in Bladen County, exposing the shocking vulnerability of local elections and explaining why our present systems are powerless to monitor and prevent fraud. In their hands, this tale of rural corruption becomes a fascinating narrative of the long clash of racism and electioneering—and a larger story about the challenges to democracy in the rural South.

At a time rife with accusations of election fraud, The Vote Collectors shows the reality of election stealing in one southern county, where democracy was undermined the old-fashioned way: one absentee ballot at a time.

Michael Graff is a reporter at Axios Charlotte.
For more information about Michael Graff, visit the Author Page.

“A fine-grained and vivid account of the 2018 North Carolina congressional race that was overturned because of electoral fraud...Throughout, the authors weave in intriguing bits of local color and draw trenchant connections to fraud claims in the 2020 presidential election. This doggedly reported chronicle sheds light on America’s political dysfunctions.”—Publishers Weekly

“Graff and Ochsner’s narrative moves like a novel, tying its story to the county’s past...thorough and compelling.”—Foreword Reviews

“[A] fascinating read. Recommended for readers interested in politics and North Carolina.”—Library Journal

“On the heels of one of the most volatile presidential elections in recent memory, The Vote Collectors is a pointed look at the 2018 congressional election in North Carolina’s Bladen County...[The book] uses this story to explore the weakness of current voting systems, specifically in the South, given the historical scars of racism in elections and voting rights...Recommended for readers interested in politics and American history, as well as the intersection of voting rights.”—Affinity Magazine

“In The Vote Collectors, that scandal—which made national headlines for months—is secondary to a more comprehensive examination of its historical, economic, and political antecedents in Bladen County and oft-forgotten eastern North Carolina...The authors unfurl the story in three parts: a deep probe into the history of post-Civil War eastern North Carolina sandwiched by more recent developments in Bladen County, leading up to and after the 2018 election.”—Charlotte Magazine 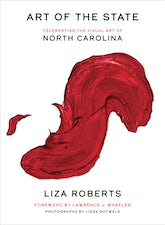