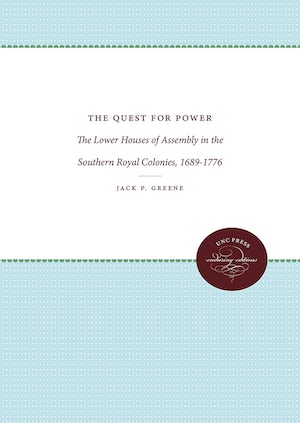 In this study, Greene describes the rise of the lower houses in the four southern royal colonies--Virginia, North Carolina, South Carolina, and Georgia--in the period between the Glorious Revolution and the American War for Independence. It assesses the consequences of the success of the lower houses, especially the relationship between their rise to power and the coming of the American Revolution.