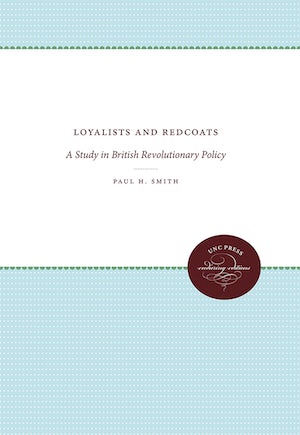 Focusing on the role of the American Loyalists in Great Britain's military policy throughout the Revolutionary War, this book also analyzes the impact of British politics on plans to utilize those colonists who remained faithful to the Crown. The capacity of the Loyalists to affect the war's outcome was directly tied to their projected role in British plans and their contribution can be understood only in relation to British efforts to organize them.