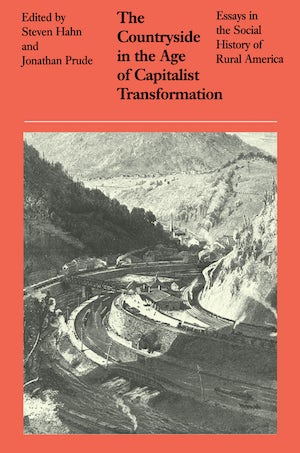 This volume represents one of the first efforts to harvest the rapidly emerging scholarship in the field of American rural history. Building on the insights and methodologies that social historians have directed toward urban life, the contributors explore the past as it unfolded in the rural settings in which most Americans have lived during most of American history.

The essays cover a broad range of topics: the character and consequences of manufacturing and consumerism in the antebellum countryside of the Northeast; the transition from slavery to freedom in Southern plantation and nonplantation regions; the dynamics of community-building and inheritance among Midwestern native and immigrant farmers; the panorama of rural labor systems in the Far West; and the experience of settled farming communities in periods of slowed economic growth. The central theme is the complex and often conflicting development of commercial and industrial capitalism in the American countryside. Together the essays place rural societies within the context of America's "Great Transformation."

Steve Hahn is associate professor of history at the University of California, San Diego.
For more information about Steven Hahn, visit the Author Page.

Jonathan Prude is associate professor of history at Emory University.
For more information about Jonathan Prude, visit the Author Page.

"By giving much needed attention to the effects of modernization on rural America, these well-crafted, wide-ranging, and scholarly essays add an important but neglected dimension to the nation's social history."--Harold D. Woodman