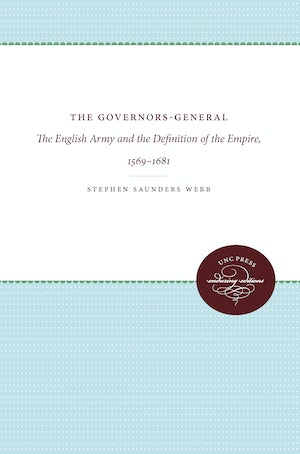 In this remarkable revisionist study, Webb shows that English imperial policy was shaped by a powerful and sustained militaristic, autocratic tradition that openly defined English empire as the imposition of state control by force on dependent people. He describes the entire military connection that found expression in the garrisoned cities of England, Scotland, and Ireland and ultimately in the palisaded plantations of Jamaica, Virginia, and New England.

"One of those rare books that combine extensive original research with an argument that will force historians to reconsider what they have taken for granted. This is a book to be reckoned with."--North Carolina Historical Review

"The most provocatively revisionist interpretation of the British Empire to appear in this century."--John M. Murrin