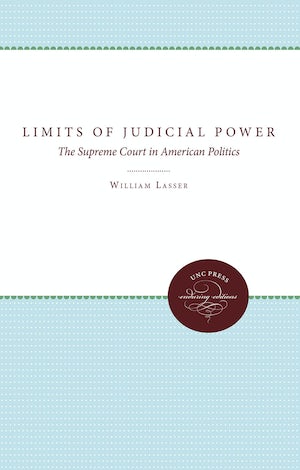 To purchase online via an independent bookstore, visit Bookshop.org
Lasser examines in detail four periods during which the Court was widely charged with overstepping its constitutional power: the late 1850s, with the Dred Scott case and its aftermath; the Reconstruction era; the New Deal era; and the years of the Warren and Burger Courts after 1954. His thorough analysis of the most controversial decisions convincingly demonstrates that the Court has much more power to withstand political reprisal than is commonly assumed.