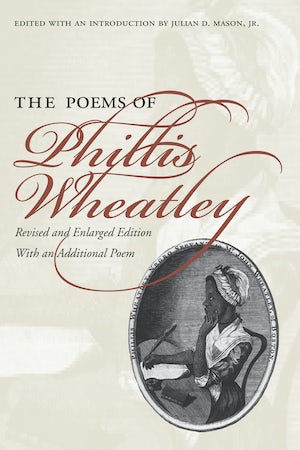 To purchase online via an independent bookstore, visit Bookshop.org
For nearly thirty-five years Julian Mason's The Poems of Phillis Wheatley (1966) has been the standard edition of the poems and letters of this young black poet of eighteenth-century Boston. This new edition has been extensively revised in light of Wheatley scholarship since its publication. It has been expanded to include all of the fifty-six poems and twenty-two letters now known to be by Wheatley, the significant variants of the poems, and the four Proposals for publication of her works, all of them annotated.

This edition contains the recently discovered poem "Ocean," new information about Wheatley's library (including a southern connection), a more accurate reading of a letter central to understanding the response to her 1772 Proposals, new variants of two poems, and a new reading of her George Washington poem. By going back to the original manuscripts (and to first printings when the manuscripts are not extant), Mason has provided the fullest and most accurate edition of Wheatley's poems and letters yet produced. The new index and bibliography assure the volume's usefulness for the scholar, the student, and the general reader.

Julian D. Mason Jr. is emeritus professor of English at the University of North Carolina at Charlotte
For more information about Phillis Wheatley, visit the Author Page.

"The Poems of Phillis Wheatley offers a meticulous and elegant presentation of the works of a woman who was at once the first significant black poet in America and one of the most challenging and accomplished colonial writers. This excellent edition sets a high standard of scholarship."--Eric J. Sundquist, Northwestern University

"For guidance to both primary and secondary material . . . this is the mandatory place to begin."--American Literature