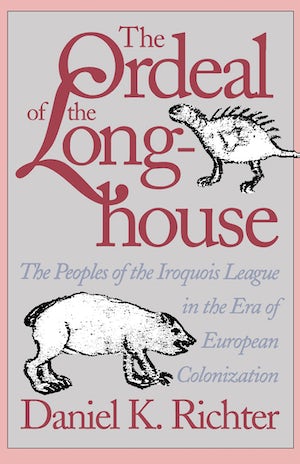 Richter examines a wide range of primary documents to survey the responses of the peoples of the Iroquois League--the Mohawks, Oneidas, Onondagas, Cayugas, Senecas, and Tuscaroras--to the challenges of the European colonialization of North America. He demonstrates that by the early eighteenth century a series of creative adaptations in politics and diplomacy allowed the peoples of the Longhouse to preserve their cultural autonomy in a land now dominated by foreign powers.

Daniel K. Richter is the Richard S. Dunn Director of the McNeil Center for Early American Studies and Professor of History at the University of Pennsylvania. He is author of Facing East from Indian Country: A Native History of Early America, and is coeditor of Beyond the Covenant Chain: The Iroquois and Their Neighbors in Indian North America, 1600-1800.
For more information about Daniel K. Richter, visit the Author Page.

"The careful research, the wealth of details on sources, and the many insights into Iroquois history in the early colonial period make it an important book for scholars of Native history and colonial American history."--American Indian Quarterly

"An outstanding contribution to the study of Iroquois history and culture and that of cross-cultural relations in North America during the colonial period."--American Indian Culture and Research Journal

"This is a detailed, accurate, and convincing study of the Iroquois before 1720."--William and Mary Quarterly

"Richter has made a major contribution to the literature on the Iroquois; it will confirm and enhance his reputation as a leading scholar in the field."--Journal of American History

"Richter's analysis rests upon impressive documentation, a clear awareness of existing historical literature on the Iroquois, and recent trends in ethnohistorical research. . . . This book succeeded in giving a solid basis for understanding the cultural and economic changes in Indian societies that resulted from the European invasion of America."--Journal of American Ethnic History

"Daniel Richter's The Ordeal of the Longhouse is a long-needed and rewarding overview of that important first century of Iroquois-white relations. Skillfully organized and written, it offers a rare synthesis of this period of political intrigue and cultural accommodation. Few have so well described the diversity of attitudes and policies that existed between the three competing European powers and their Indian allies and adversaries."--William A. Starna, State University of New York, College at Oneonta 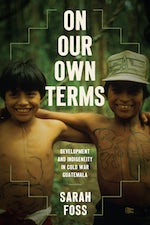