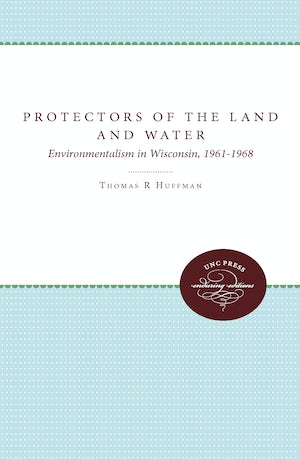 Since the beginning of the twentieth century, Wisconsin citizens have promoted innovative environmental programs. During the 1960s Wisconsin was again at the forefront of the movement advancing mainstream political environmentalism. Thomas Huffman traces the rise of environmentalism in the Badger State during these key years, when the people of Wisconsin instituted policies in such areas as outdoor recreation and resource planning, water pollution control, the preservation of wild rivers, and centralized environmental management. Huffman focuses especially on the influence of Senator Gaylord Nelson, a Democrat and founder of Earth Day, and Governor Warren Knowles, a Republican. He shows that their efforts--and the efforts of their followers in citizen groups, the business and university communities, and the state government--clearly indicate that the origins of environmentalism cannot be placed along a left-right political spectrum. Rather, the movement evolved from an interweaving of liberal and conservative ideologies and from important traditions and precedents within the state's environmental culture. What happened in Wisconsin is particularly significant, Huffman points out, because of the effect of that state's example on other states and the federal government.

Thomas R. Huffman is an independent scholar who has taught history at St. John's University and the College of St. Benedict in Minnesota.
For more information about Thomas R. Huffman, visit the Author Page.

"The book is well written and enjoyable reading. . . . Valuable for historians, conservationists, and readers interested in a political perspective of the environmental movement. Recommended for all readers."--Choice

"An insightful, balanced look at Wisconsin environmental and conservation history in the decade of the 1960s."--Environmental History Review

"For anyone interested in environmental political history, here is an excellent, well-researched case study."--Journal of American History