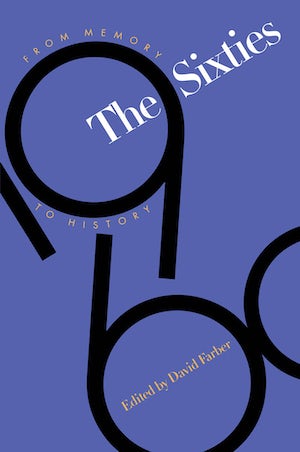 This collection of original essays represents some of the most exciting ways in which historians are beginning to paint the 1960s onto the larger canvas of American history. While the first literature about this turbulent period was written largely by participants, many of the contributors to this volume are young scholars who came of age intellectually in the 1970s and 1980s and thus write from fresh perspectives.

The essayists ask fundamental questions about how much America really changed in the 1960s and why certain changes took place. In separate chapters, they explore how the great issues of the decade--the war in Vietnam, race relations, youth culture, the status of women, the public role of private enterprise--were shaped by evolutions in the nature of cultural authority and political legitimacy. They argue that the whirlwind of events and problems we call the Sixties can only be understood in the context of the larger history of post-World War II America.

"The American State and the Vietnam War: A Genealogy of Power," by Mary Sheila McMahon

"And That's the Way It Was: The Vietnam War on the Network Nightly News," by Chester J. Pach, Jr.

"Race, Ethnicity, and the Evolution of Political Legitimacy," by David R. Colburn and George E. Pozzetta

"Nothing Distant about It: Women's Liberation and Sixties Radicalism," by Alice Echols

"The New American Revolution: The Movement and Business," by Terry H. Anderson

"The Politics of Civility," by Kenneth Cmiel

"The Silent Majority and Talk about Revolution," by David Farber

David Farber, professor of history at the University of New Mexico, is author of Chicago '68, The First Strange Place, and The Age of Great Dreams.
For more information about David Farber, visit the Author Page.

"Essential reading for anyone interested in the period. . . . No one can safely ignore the material in this major addition to literature on this decade, the meanings of which are still being contested both in scholarly media and the popular imagination."--Journal of American Culture

"A generally impressive volume of original essays on the 1960s. . . . These essays, taken as a whole, complicate our vision of the decade in interesting ways."--The Nation

"The Sixties is a superb collection. With luck it will serve as a catalyst for a new round of quality scholarship on the 1960s and early 1970s. Everyone interested in the era should have a copy."--History of Education Quarterly

"A unique and necessary contribution to our understanding of the Sixties, one that should help wrench discussions away from the nostalgic realm where, even among academics, they have remained for far too long."--Robert A. Rosenstone, California Institute of Technology

"The 1960s is now history; and in The Sixties eleven of America's brightest young historians engage such topics as the youth culture, sexuality, changing cultural identities, women's liberation, and the silent majority. In so doing, they brilliantly illuminate the decade as a battleground for cultural authority and political legitimacy."--William M. Tuttle, Jr., author of Race Riot: Chicago in the Red Summer of 1919 and 'Daddy's Gone to War': The Second World War in the Lives of America's Children