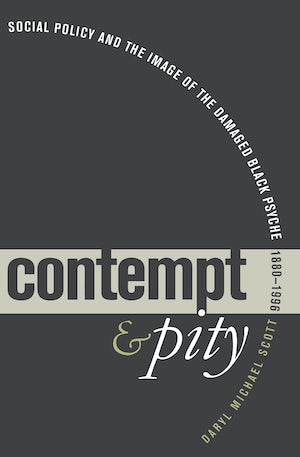 For over a century, the idea that African Americans are psychologically damaged has played an important role in discussions of race. In this provocative work, Daryl Michael Scott argues that damage imagery has been the product of liberals and conservatives, of racists and antiracists. While racial conservatives, often playing on white contempt for blacks, have sought to use findings of black pathology to justify exclusionary policies, racial liberals have used damage imagery primarily to promote policies of inclusion and rehabilitation. In advancing his argument, Scott challenges some long-held beliefs about the history of damage imagery. He rediscovers the liberal impulses behind Stanley Elkins's Sambo hypothesis and Daniel Patrick Moynihan's Negro Family and exposes the damage imagery in the work of Ralph Ellison, the leading anti-pathologist. He also corrects the view that the Chicago School depicted blacks as pathological products of matriarchy. New Negro experts such as Charles Johnson and E. Franklin Frazier, he says, disdained sympathy-seeking and refrained from exploring individual pathology. Scott's reassessment of social science sheds new light on Brown v. Board of Education, revealing how experts reversed four decades of theory in order to represent segregation as inherently damaging to blacks. In this controversial work, Scott warns the Left of the dangers in their recent rediscovery of damage imagery in an age of conservative reform.

“Provides a thought-provoking, new history of how the ‘experts’ have ‘depicted the personalities of black folk.' ”--American Historical Review

"[A] wide-ranging history of how liberals as well as conservatives have used 'damage imagery' and the language of pathology to further their political aims for the black community."--Chronicle of Higher Education

"[An] impressive and important book. . . . Scott's chapter on Brown is a brilliant treatment of how good intentions can have perverse consequences."--Alan Wolfe, New Republic

"A consequential study that breaks new ground. . . . Scott argues that the liberal view that African Americans go through life with a damaged psyche, and the conservative disdain toward people of color, have served to subject blacks to a dead-end cycle of pity and contempt."--Choice

"Scholars interested in the intellectual history of the social scientific professions, in the history of racial representations, and in the pervasive question of damage in black history will find Scott's scholarship thoughtful and insightful."--Journal of Southern History

"Masterful and frequently iconoclastic analyses of the ebb and flow of pejorative images used to judge changing designs for identity and status of American blacks. Courageous, hard-hitting descriptions of how and when importunings, demands, and expectations--as well as often ambiguous grantings--of respect and conclusion have been constructed, labeled, and manipulated--both wittingly and unwittingly--with important policy consequences and implications."--Hylan Lewis, Brooklyn College and the Graduate Center of the City University of New York