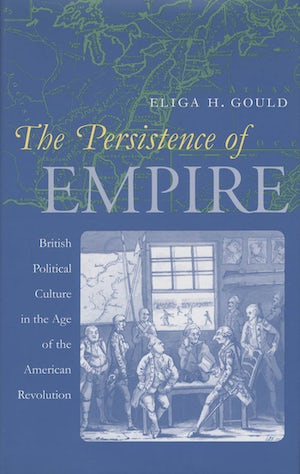 The American Revolution was the longest colonial war in modern British history and Britain's most humiliating defeat as an imperial power. In this lively, concise book, Eliga Gould examines an important yet surprisingly understudied aspect of the conflict: the British public's predominantly loyal response to its government's actions in North America.

Gould attributes British support for George III's American policies to a combination of factors, including growing isolationism in regard to the European continent and a burgeoning sense of the colonies as integral parts of a greater British nation. Most important, he argues, the British public accepted such ill-conceived projects as the Stamp Act because theirs was a sedentary, "armchair" patriotism based on paying others to fight their battles for them. This system of military finance made Parliament's attempt to tax the American colonists look unexceptional to most Britons and left the metropolitan public free to embrace imperial projects of all sorts--including those that ultimately drove the colonists to rebel.

Drawing on nearly one thousand political pamphlets as well as on broadsides, private memoirs, and popular cartoons, Gould offers revealing insights into eighteenth-century British political culture and a refreshing account of what the Revolution meant to people on both sides of the Atlantic.

Eliga H. Gould is associate professor of history at the University of New Hampshire.
For more information about Eliga H. Gould, visit the Author Page.

"At the heart of this compelling study of political culture in Britain during the eighteenth century is the proposition that the British public did not, as traditionalists argued, reject their government's war against the American colonies, but, on the contrary, put significant support behind it. . . . [A] nicely written and articulate study."--Historian

"Gould has made a substantial contribution not only to imperial and Atlantic histories but also to the study of Britishness."--Journal of American History

"An impressively well-documented analysis of the empire from an English perspective."--William and Mary Quarterly

"This is a thought-provoking book, its argument consistently developed in sophisticated and engaging terms and presented with lucidity and grace."--Reviews in American History

"A thoroughly researched, first-rate piece of work. The author is comfortable with the era and its people. What is even more important, he communicates his understanding in well-organized, marvelously readable prose that flows in a style all too few historians are willing or able to produce."--Choice