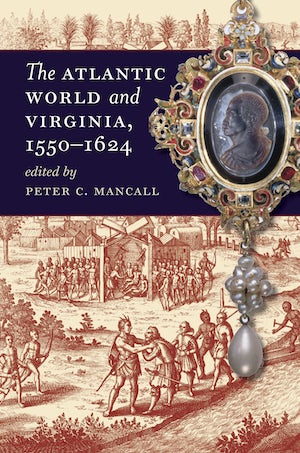 In response to the global turn in scholarship on colonial and early modern history, the eighteen essays in this volume provide a fresh and much-needed perspective on the wider context of the encounter between the inhabitants of precolonial Virginia and the English. This collection offers an interdisciplinary consideration of developments in Native America, Europe, Africa, the Caribbean, and the Chesapeake, highlighting the mosaic of regions and influences that formed the context and impetus for the English settlement at Jamestown in 1607. The volume reflects an understanding of Jamestown not as the birthplace of democracy in America but as the creation of a European outpost in a neighborhood that included Africans, Native Americans, and other Europeans.

With contributions from both prominent and rising scholars, this volume offers far-ranging and compelling studies of peoples, texts, places, and conditions that influenced the making of New World societies. As Jamestown marks its four-hundredth anniversary, this collection provides provocative material for teaching and launching new research.

Peter C. Mancall is professor of history and anthropology at the University of Southern California and director of the USC-Huntington Early Modern Studies Institute. He is author of Hakluyt's Promise: An Elizabethan's Obsession for an English America and editor of Travel Narratives from the Age of Discovery: An Anthology.
For more information about Peter C. Mancall, visit the Author Page.

"Studded with sparkling essays, some of which should become required reading."--Journal of Southern History

"With contributions from many of the most preeminent historians in the field, this work belongs in every college/university library."--Choice

"[A] very fine edited collection. . . . A rewarding read and an important reminder that the first permanent English settlement in North America survived."--Journal of British Studies

"This collection succeeds in dramatically broadening our perspective on the global context of early American history. . . . A magnificent array of the best scholars working in the field today, and these essays will only contribute to their status."--Journal of Colonialism and Colonial History

"The essays . . . do a fine job of explicating parts of the economic, political, scientific, and ideological milieu out of which the Virginia experiment emerged."--Clio