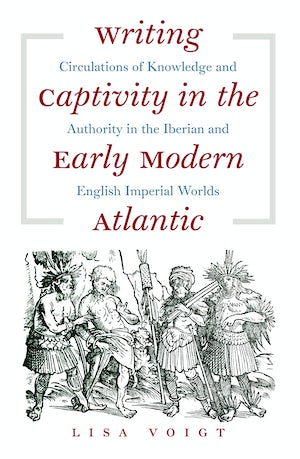 Drawing on texts written by and about European and Euro-American captives in a variety of languages and genres, Lisa Voigt explores the role of captivity in the production of knowledge, identity, and authority in the early modern imperial world.

The practice of captivity attests to the violence that infused relations between peoples of different faiths and cultures in an age of extraordinary religious divisiveness and imperial ambitions. But as Voigt demonstrates, tales of Christian captives among Muslims, Amerindians, and hostile European nations were not only exploited in order to emphasize cultural oppositions and geopolitical hostilities. Voigt's examination of Spanish, Portuguese, and English texts reveals another early modern discourse about captivity--one that valorized the knowledge and mediating abilities acquired by captives through cross-cultural experience.

Voigt demonstrates how the flexible identities of captives complicate clear-cut national, colonial, and religious distinctions. Using fictional and nonfictional, canonical and little-known works about captivity in Europe, North Africa, and the Americas, Voigt exposes the circulation of texts, discourses, and peoples across cultural borders and in both directions across the Atlantic.

"A fresh, compelling study. . . . Creates original pathways for further study of the diffusion of knowledge."--Journal of British Studies

"Theoretically sophisticated. . . . Relevant to readers interested in many forms of biographical and autobiographical writing, not only captivity narratives. . . . [A] thorough, insightful, and significant work of scholarship."--Biography

"The work Voigt does here to make connections around the world is brave and important. . . . The simultaneous translations from the Portuguese and Spanish into English in the text are quite brilliant. . . . A worthwhile contribution to a critical area of understanding."--Reviews in American History

"Covers an impressive range of material. . . . A dynamic work of history and an insightful literary study. . . . Voigt maintains a clear critical focus throughout, balancing a differentiated portrait of the Atlantic world with a cohesive argument about this diversity. . . . Voigt's work delivers successfully and convincingly."--Western Historical Quarterly

"Offers engaging, detailed, and materially situated examinations of relatively understudied texts. . . . Voigt's carefully detailed study will be very useful to scholars in early American and early modern studies. Her examination of the ways captivity narratives informed knowledge about the Americas and her attention to the complexities and differences among them result in a series of deep, reflective case studies that consider and reconsider points central to early American studies today."--Early American Literature

“[Voight] studies a corpus of Spanish, Portuguese and English writings related to captivity…stressing ways in which captivity fashioned the production of knowledge, the construction of authority and the ways captives were able to develop crucial mediating abilities through their cross-cultural experience.”--The Year’s Work in Modern Language Studies