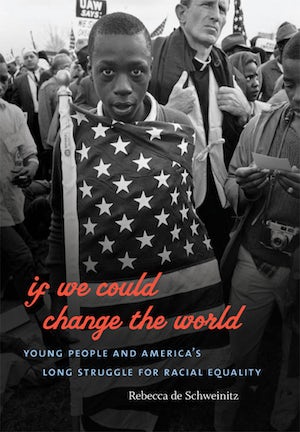 "A well-researched seminal work, the author documents not only the use of children's images and issues by African American organizations such as the NAACP, but also the extensive role children and youth played in the movement itself. . . . Highly recommended."--Choice

"Draws effectively on an array of oral testimonies by people who, as children, joined the civil rights movement. . . . De Schweinitz is a mature, graceful writer, and her book deserves to be widely read and appreciated for the important achievement it is."--Journal of Southern History

"Weaving together stories and facts from a multitude of sources, de Schweinitz demonstrates that the new generation wanted America, and their parents, to live up to the ideals that the nation espoused during the war. . . . Compelling. . . . A significant contribution to the burgeoning field of the history of children in America."--Journal of Social History

"An important book that comes at an appropriate time. . . . De Schweinitz, with this thoughtful and well-researched work, has reminded historians of the important role that youths played in the movement, given scholars a model of how to pursue a further understanding of children's involvement in the twentieth-century black freedom movement, and raised numerous concerns that will help guide the scholarship along the way."--H-1960s

"Rebecca de Schweinitz adds to our understanding of the movement with her nuanced, sophisticated, and insightful look at the role children played in this revolution. . . . Few studies of the civil rights movement present the movement in such a dynamic and dialectical manner."--Arkansas Review