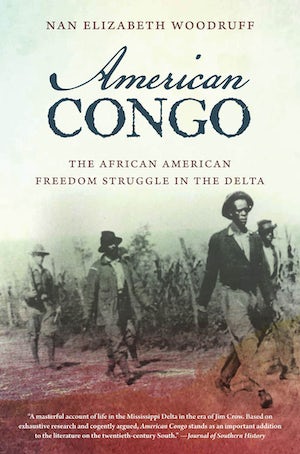 To purchase online via an independent bookstore, visit Bookshop.org
In 1921, freedom fighter William Pickens described the Mississippi River Valley as the "American Congo." Nan Woodruff argues that the African Congo under Belgium's King Leopold II is an apt metaphor for the Delta of the early twentieth century. Both wore the face of science, progressivism, and benevolence, yet were underwritten by brutal labor conditions, violence, and terror. As in the Congo, she argues, the Delta began with the promise of empire: U.S. capitalists on the lookout for new prospects cleared the vast Delta swamps. With the subsequent emergence of a wealthy planter class, the promise of untold riches, and a largely black labor force, America had its Congo.

Woodruff chronicles the following half-century of individual and collective struggles as black sharecroppers fought to earn a just return for their labor, to live free from terror, to own property, to have equal access to the legal system, to move at will, and to vote. They fought for citizenship not only of men, but of women and families, and were empowered by the wars and upheavals of the time. Indeed, Woodruff argues, the civil rights movement cannot be adequately understood apart from these earlier battles for freedom.

"Woodruff argues that the economic development of the Mississippi Delta lands in the early 20th century resembled the exploitation of African colonies by European capitalism. This involved the subjugation of a largely nonwhite labor force through the near total control of both the economic and local political systems and reflected the application of modern capital, management, and corporate organizational systems to previously underdeveloped agricultural and extractive economies. The author presents a convincing argument that the economic transformation of the Delta lands combined an enlightened and sophisticated capitalism with an oppressive and exploitive labor system."--C.D. Wintz, Choice

"Woodruff's book stands out for its attempt to situate the white supremacist regime of the Mississippi Delta within a national and international context. . . . Woodruff does offer compelling evidence. . .for her point that racial terrorism characterized labor relations in both the African and American Congo, and her effort to connect African American resistance in the Delta to colonized peoples' resistance in other locations is welcome. With its pointed argument and solid base in a range of manuscript sources and oral histories, American Congo speaks to a wide audience. It has broad appeal for readers interested in twentieth-century American history and is particularly important for students of the modern African American struggle for freedom. . . . She also explicates the significant ways in which it changed over time, noting that the struggle persisted across the decades, but in a constantly evolving form. This point, combined with the comparative aspects of Woodruff's study, makes it a crucial addition to the literature."--North Carolina Historical Review

"A masterful account of life in the Mississippi Delta in the era of Jim Crow. Based on exhaustive research and cogently argued, American Congo stands as an important addition to the literature on the twentieth-century South."--Journal of Southern History

"[A] powerful volume. The issues in this book were clear: politics and labor were inseparable, the people with power wanted to get as much labor as possible as cheaply as possible from workers, and workers found various ways, some more successful than others, to fight back."--American Historical Review

"A welcome survey of the Arkansas Delta between two world wars and the role that black activists played in shaping it. In doing so, [Woodruff] helps to redress the balance of existing studies that overwhelmingly focus on the neighboring Mississippi Delta."--Journal of American History

"In this important and accomplished book, Nan Woodruff describes the battles African Americans waged against the planter regime from the Delta’s commercial expansion until the end of World War II. This passionate book will be of tremendous value to students and scholars seeking to understand a key area of the struggle for black freedom."--Journal of African American History 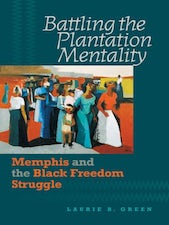 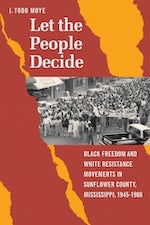