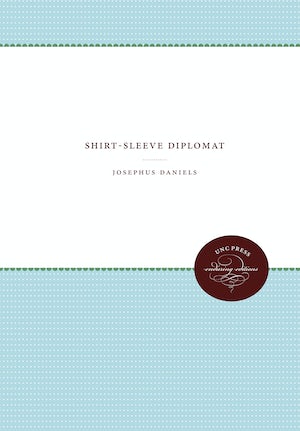 In this book Daniels's main interest is Mexico--its people, its national life, its arts, its amusements, its problems, its relations with the United States. The book is based on his experiences as ambassador to Mexico--from the beginning of the New Deal in the United States and the Six-Year Plan in Mexico to the early years of World War II.

Josephus Daniels (May 18, 1862 – January 15, 1948) was a newspaper editor and publisher from North Carolina who was appointed by United States President Woodrow Wilson to serve as Secretary of the Navy during World War I. He was a newspaper editor and publisher from the 1880s to his death; most famously at the Raleigh News and Observer.
For more information about Josephus Daniels, visit the Author Page.