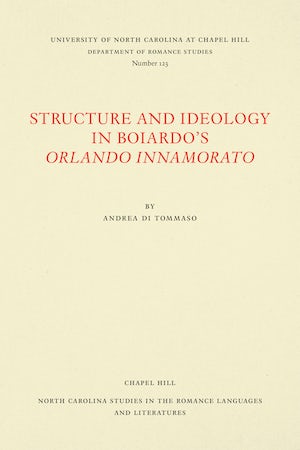 The Innamorato, predecessor to Ariosto's Orlando furioso, has been known in the English-speaking world since the sixteenth century, in both Italian and English translations. The present study was the first in English to be devoted exclusively to an examination of this Renaissance epic, which is one of the major poetic creations of the Italian Quattrocento.