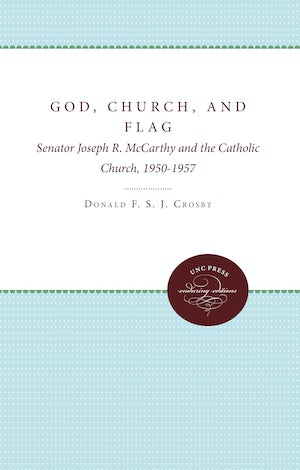 Crosby examines Catholic thought of McCarthy, the relationship between Catholics and Protestants, and the political ramifications of the Catholic vote" for McCarthy. Catholics were nearly as divided over McCarthy as the rest of the country, and the senator's Catholic strength was not as great as it often seemed as reflected in the vociferous pro-McCarthy Catholic press. The study also details the senator's religious beliefs and his attitudes toward fellow Catholics."