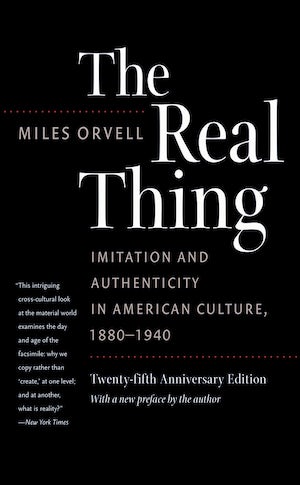 In this classic study of the relationship between technology and culture, Miles Orvell demonstrates that the roots of contemporary popular culture reach back to the Victorian era, when mechanical replications of familiar objects reigned supreme and realism dominated artistic representation. Reacting against this genteel culture of imitation, a number of artists and intellectuals at the turn of the century were inspired by the machine to create more authentic works of art that were themselves "real things." The resulting tension between a culture of imitation and a culture of authenticity, argues Orvell, has become a defining category in our culture.

The twenty-fifth anniversary edition includes a new preface by the author, looking back on the late twentieth century and assessing tensions between imitation and authenticity in the context of our digital age. Considering material culture, photography, and literature, the book touches on influential figures such as writers Walt Whitman, Henry James, John Dos Passos, and James Agee; photographers Alfred Stieglitz, Walker Evans, and Margaret Bourke-White; and architect-designers Gustav Stickley and Frank Lloyd Wright.

Miles Orvell is professor of English and American studies at Temple University. He is the author of The Death and Life of Main Street: Small Towns in American Memory, Space, and Community.
For more information about Miles Orvell, visit the Author Page.

"This intriguing cross-cultural look at the material world examines the day and age of the facsimile: why we copy rather than 'create,' at one level; and at another, what is reality?"--The New York Times

"The Real Thing is stippled with descriptive insights that will reward any reader interested in the continuing debate between copying and creating the 'real thing.'"--Pennsylvania Magazine of History and Biography

"A rich and complex study. It casts new and revealing light on the cultural transformations of the early 20th century. By focusing on the tensions between authenticity and imitation within artistic forms, Orvell provides a new and challenging context for understanding figures too easily subject to formulaic interpretation."--The New Republic

"A smoothly written, imaginatively researched study. . . . Will reward readers with fresh and stimulating insights into the recent past and, even more importantly, into today's 'disposable' American society."--Kirkus Reviews 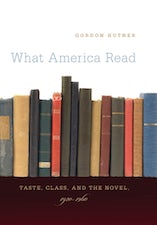