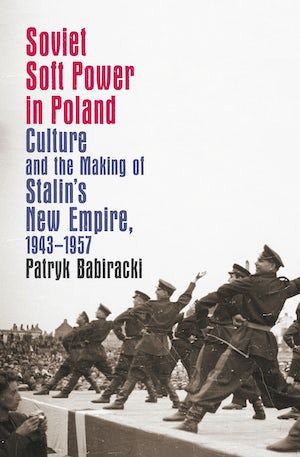 Concentrating on the formative years of the Cold War from 1943 to 1957, Patryk Babiracki reveals little-known Soviet efforts to build a postwar East European empire through culture. Babiracki argues that the Soviets involved in foreign cultural outreach tried to use “soft power” in order to galvanize broad support for the postwar order in the emerging Soviet bloc. Populated with compelling characters ranging from artists, writers, journalists, and scientists to party and government functionaries, this work illuminates the behind-the-scenes schemes of the Stalinist international propaganda machine. Based on exhaustive research in Russian and Polish archives, Babiracki's study is the first in any language to examine the two-way interactions between Soviet and Polish propagandists and to evaluate their attempts at cultural cooperation. Babiracki shows that the Stalinist system ultimately undermined Soviet efforts to secure popular legitimacy abroad through persuasive propaganda. He also highlights the limitations and contradictions of Soviet international cultural outreach, which help explain why the Soviet empire in Eastern Europe crumbled so easily after less than a half-century of existence.

Patryk Babiracki is associate professor in Russian and East European history at the University of Texas-Arlington.
For more information about Patryk Babiracki, visit the Author Page.

"Offers interesting observations that can be applied to ancient empires and modern ones. . . . Recommended."--CHOICE

“Soviet Soft Power, by drawing on material from Polish and Russian archives, adds to our understanding of Soviet-Polish cultural interactions and Polish and Soviet propaganda policy during the first decade of the Cold War. It also offers a very useful point of departure for further research. This impressive book will be of interest to a wide range of scholars.”--European History Quarterly

“Provides deepened exploration of fascinating primary materials from Polish and Russian archives combined with published sources into a revealing narrative. . . . An original contribution to our understating of postwar Europe and Soviet cultural outreach which fills in an important gap in knowledge.”--European Review of History

“[A] rich, well-researched, and at times poetically written cultural history of Polish-Soviet relationships in the first years after the war.”--The Russian Review

“A very welcome addition to the growing field of the transnational history of Stalinism and the cultural Cold War. . . . Will be a stimulating read for anyone who wants to look inside the socialist ‘propaganda kitchen’ and reflect on why the Soviet empire lost the Cold War.”--American Historical Review