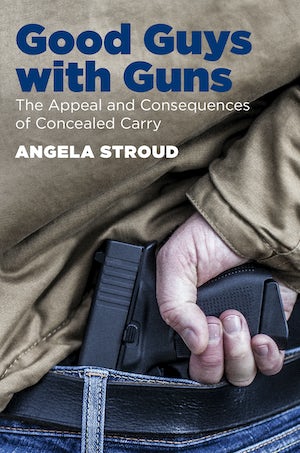 Although the rate of gun ownership in U.S. households has declined from an estimated 50 percent in 1970 to approximately 32 percent today, Americans' propensity for carrying concealed firearms has risen sharply in recent years. Today, more than 11 million Americans hold concealed handgun licenses, an increase from 4.5 million in 2007. Yet, despite increasing numbers of firearms and expanding opportunities for gun owners to carry concealed firearms in public places, we know little about the reasons for obtaining a concealed carry permit or what a publicly armed citizenry means for society. Angela Stroud draws on in-depth interviews with permit holders and on field observations at licensing courses to understand how social and cultural factors shape the practice of obtaining a permit to carry a concealed firearm. Stroud's subjects usually first insist that a gun is simply a tool for protection, but she shows how much more the license represents: possessing a concealed firearm is a practice shaped by race, class, gender, and cultural definitions that separate "good guys" from those who represent threats.

Stroud's work goes beyond the existing literature on guns in American culture, most of which concentrates on the effects of the gun lobby on public policy and perception. Focusing on how respondents view the world around them, this book demonstrates that the value gun owners place on their firearms is an expression of their sense of self and how they see their social environment.

Angela Stroud is assistant professor of sociology and social justice at Northland College.
For more information about Angela Stroud, visit the Author Page.

“Stroud’s emphasis on the people, rather than the guns, is enlightening, and her interviews show how concealed carry is related to personal notions of security, a sense of empowerment for women, individual perceptions of crime, a sense of self as a “good guy,” and how personal responsibility trumps concerns over conditions that breed crime. Recommended.”--CHOICE

"In this engaging and accessible book, Angela Stroud makes important contributions to our understanding of gun owners and carriers and how their symbolic and literal use of firearms intersects with issues of gender, race, class, and more. The rich data bring to life her interview participants, and the depth of analysis makes Good Guys with Guns unique."--Scott Melzer, author of Gun Crusaders: The NRA's Culture War

"In this conceptually sophisticated but highly readable work, Angela Stroud uses discourses of race, class, and gender to reveal the cultural dimension of gun ownership. This unique approach is intrinsically valuable, as gun ownership carries with it a profound set of values and beliefs regarding the role of citizens in society, and illustrates the central quandary of who is the good guy, and who the bad guy."--Robert J. Spitzer, author of Guns across America: Reconciling Gun Rules and Rights

"Angela Stroud takes readers to the epicenter of the cultural debates on gun control--shooting ranges deep in the heart of Texas--to analyze how societal institutions from the military to the NRA to the Boy Scouts help shape the worldview of many concealed handgun license holders to believe that looming threats to safety are ubiquitous. Stroud's timely, captivating analysis reveals how the zeal to obtain concealed handgun licenses signifies a rejection of any dependency on the government, even the police, thereby putting the matter of personal safety literally in the hands of an armed citizenry."-- David Kirk, University of Oxford 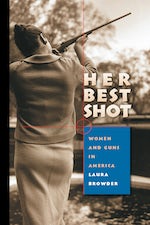