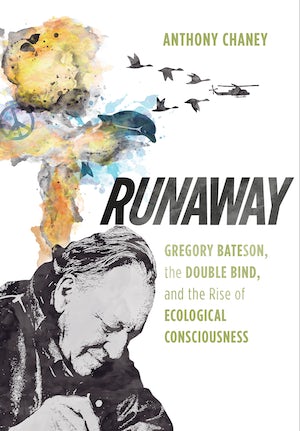 The anthropologist Gregory Bateson has been called a lost giant of twentieth-century thought. In the years following World War II, Bateson was among the group of mathematicians, engineers, and social scientists who laid the theoretical foundations of the information age. In Palo Alto in 1956, he introduced the double-bind theory of schizophrenia. By the sixties, he was in Hawaii studying dolphin communication. Bateson’s discipline hopping made established experts wary, but he found an audience open to his ideas in a generation of rebellious youth. To a gathering of counterculturalists and revolutionaries in 1967 London, Bateson was the first to warn of a “greenhouse effect” that could lead to runaway climate change.

Blending intellectual biography with an ambitious reappraisal of the 1960s, Anthony Chaney uses Bateson’s life and work to explore the idea that a postmodern ecological consciousness is the true legacy of the decade. Surrounded by voices calling for liberation of all kinds, Bateson spoke of limitation and dependence. But he also offered an affirming new picture of human beings and their place in the world—as ecologies knit together in a fabric of meaning that, said Bateson, “we might as well call Mind.”

Anthony Chaney teaches history and writing at the University of North Texas at Dallas.
For more information about Anthony Chaney, visit the Author Page.