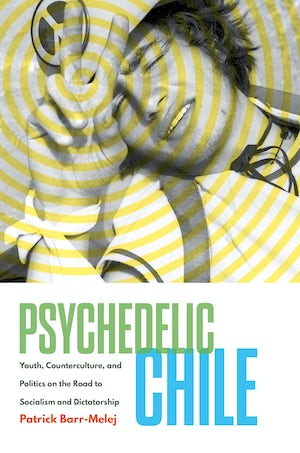 To purchase online via an independent bookstore, visit Bookshop.org
Patrick Barr-Melej here illuminates modern Chilean history with an unprecedented chronicle and reassessment of the sixties and seventies. During a period of tremendous political and social strife that saw the election of a Marxist president followed by the terror of a military coup in 1973, a youth-driven, transnationally connected counterculture smashed onto the scene. Contributing to a surging historiography of the era’s Latin American counterculture, Barr-Melej draws on media and firsthand interviews in documenting the intertwining of youth and counterculture with discourses rooted in class and party politics. Focusing on "hippismo" and an esoteric movement called Poder Joven, Barr-Melej challenges a number of prevailing assumptions about culture, politics, and the Left under Salvador Allende's "Chilean Road to Socialism.”

While countercultural attitudes toward recreational drug use, gender roles and sexuality, rock music, and consumerism influenced many youths on the Left, the preponderance of leftist leaders shared a more conservative cultural sensibility. This exposed, Barr-Melej argues, a degree of intergenerational dissonance within leftist ranks. And while the allure of new and heterodox cultural values and practices among young people grew, an array of constituencies from the Left to the Right berated counterculture in national media, speeches, schools, and other settings. This public discourse of contempt ultimately contributed to the fierce repression of nonconformist youth culture following the coup.

“An important introduction to a phenomenon that is little considered by political scientists--the social conservatism of the left--while also making up somewhat for an absence of literature that does not solely prioritize the participation of young people in class-based politics.”--Latin American Review of Books

“The book gives voice to the groups of young Chileans who did not fit the mold of what their country wanted them to be but who would play a defining role in shaping discourse on Chile’s journey to the present day.”--Latin American Politics and Society

"An essential addition to the growing literature on the 'global sixties' at large and the Latin American 'long sixties' in particular."--The Sixties

“Psychedelic Chile rescues an alternative vision of Chilean political culture. A refreshing and sympathetic look into the humanity of those Chileans who set out to challenge the Manichean politics of the period, Patrick Barr-Melej has produced an indispensable book for anyone studying the period.”--Ivan Jaksic, Stanford University

“Psychedelic Chile is unique not only in considering the counterculture in Chile but also in focusing on the relation of the counterculture to mainstream politics, most especially the Left. Engaging and accessible, the book provides important insights as well as fascinating anecdotes of the era.”--Karin Alejandra Rosemblatt, University of Maryland, College Park 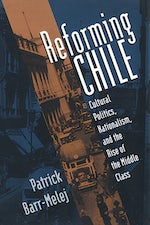