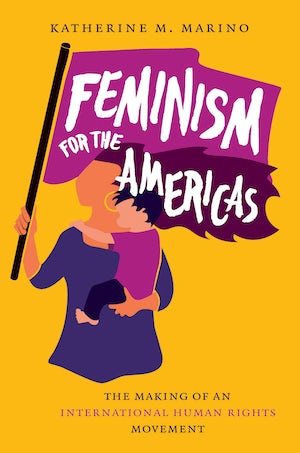 This book chronicles the dawn of the global movement for women's rights in the first decades of the twentieth century. The founding mothers of this movement were not based primarily in the United States, however, or in Europe. Instead, Katherine M. Marino introduces readers to a cast of remarkable Latin American and Caribbean women whose deep friendships and intense rivalries forged global feminism out of an era of imperialism, racism, and fascism. Six dynamic activists form the heart of this story: from Brazil, Bertha Lutz; from Cuba, Ofelia Domíngez Navarro; from Uruguay, Paulina Luisi; from Panama, Clara González; from Chile, Marta Vergara; and from the United States, Doris Stevens. This Pan-American network drove a transnational movement that advocated women’s suffrage, equal pay for equal work, maternity rights, and broader self-determination. Their painstaking efforts led to the enshrinement of women's rights in the United Nations Charter and the development of a framework for international human rights. But their work also revealed deep divides, with Latin American activists overcoming U.S. presumptions to feminist superiority. As Marino shows, these early fractures continue to influence divisions among today’s activists along class, racial, and national lines.

Marino's multinational and multilingual research yields a new narrative for the creation of global feminism. The leading women introduced here were forerunners in understanding the power relations at the heart of international affairs. Their drive to enshrine fundamental rights for women, children, and all people of the world stands as a testament to what can be accomplished when global thinking meets local action.