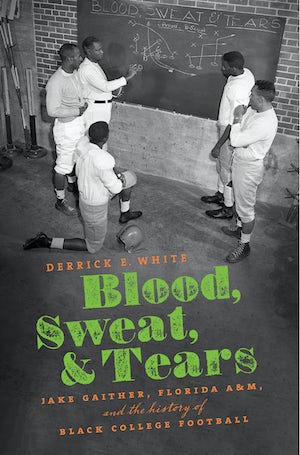 Black college football began during the nadir of African American life after the Civil War. The first game occurred in 1892, a little less than four years before the Supreme Court ruled segregation legal in Plessy v. Ferguson. In spite of Jim Crow segregation, Black colleges produced some of the best football programs in the country. They mentored young men who became teachers, preachers, lawyers, and doctors--not to mention many other professions--and transformed Black communities. But when higher education was integrated, the programs faced existential challenges as predominately white institutions steadily set about recruiting their student athletes and hiring their coaches. Blood, Sweat, and Tears explores the legacy of Black college football, with Florida A&M’s Jake Gaither as its central character, one of the most successful coaches in its history. A paradoxical figure, Gaither led one of the most respected Black college football programs, yet many questioned his loyalties during the height of the civil rights movement.

Among the first broad-based histories of Black college athletics, Derrick E. White’s sweeping story complicates the heroic narrative of integration and grapples with the complexities and contradictions of one of the most important sources of Black pride in the twentieth century.

Derrick E. White is associate professor of history at the University of Kentucky.

"This fascinating social history effectively uses mid-twentieth-century Black college football as a microcosm through which one can understand the larger civil rights struggle. An important contribution to social history."--Booklist, starred review

"A valuable resource for future scholars and for anyone interested in black college football."--Library Journal

"For many college football fans, this is a great book to read as the season approaches."--Philadelphia Tribune

“White . . . does a masterful job of balancing black football and civil rights.” --CHOICE

“White’s story is not a hagiographic one of triumph that sometimes enters the genre of sport history. The ebbs and flows of Florida A&M’s success, and the racial and representational reasons for such movements, are incredibly instructive for anyone interested in either black college athletics or the larger story of integration, or for anyone who appreciates a great football story.”--Journal of Southern History

"Blood, Sweat, and Tears is a game changer. By telling the story of FAMU and football, Derrick White uses the successful coaching career of Jake Gaither to center the Black community and sports in the civil rights struggle for self-determination. White wrestles with Gaither’s successes and struggles as a symbol of Black pride during segregation, and with Gaither as a leader who had to come to grips with the quickening pace of student-led civil rights protests to defeat Jim Crow during a time when Gaither still believed that Black college football had the power to shape self-determination and ultimately integration. This is the book that sports history needed."--Louis Moore, author of We Will Win the Day: The Civil Rights Movement, the Black Athlete, and the Quest for Equality 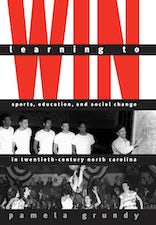