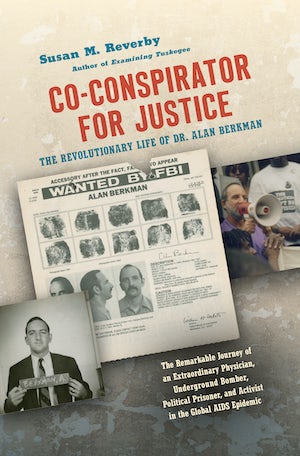 Alan Berkman (1945–2009) was no campus radical in the mid-1960s; he was a promising Ivy League student, football player, Eagle Scout, and fraternity president. But when he was a medical student and doctor, his politics began to change, and soon he was providing covert care to members of revolutionary groups like the Weather Underground and becoming increasingly radicalized by his experiences at the Wounded Knee takeover, at the Attica Prison uprising, and at health clinics for the poor. When the government went after him, he went underground and participated in bombings of government buildings. He was eventually captured and served eight years in some of America's worst penitentiaries, barely surviving two rounds of cancer. After his release in 1992, he returned to medical practice and became an HIV/AIDS physician, teacher, and global health activist. In the final years of his life, he successfully worked to change U.S. policy, making AIDS treatment more widely available in the global south and saving millions of lives around the world.

"In the 1970s, some people drifted into medicine as a career choice. Others, like Dr. Alan Berkman, saw it as a deep moral commitment to make medical care available to all, even if it took a revolution to achieve. I argued with people like Alan, but never really understood them until I read Susan Reverby's powerful and compassionate biography."--Barbara Ehrenreich, author of Nickel and Dimed

"This biography of Alan Berkman is masterful and completely absorbing. What an enthralling journey through the revolutionary politics of the 1960s and 70s and beyond. Thanks to Susan Reverby for bringing it to life."--Susan Ware, author of Why They Marched: Untold Stories of the Women Who Fought for the Right to Vote

"From suburbia and the Ivy League to the radical underground and the global fight against AIDS, Alan Berkman lived a fascinating life. With erudition and clarity, Susan Reverby recounts Berkman's many astonishing encounters: with revolutionaries and the police, with prison, and with cancer. This excellent biography of the revolutionary doctor provides a unique glimpse into the last half century of American radicalism."--Dan Berger, author of Captive Nation: Black Prison Organizing in the Civil Rights Era

"Riveting. Alan Berkman and Barbara Zeller saw themselves revolutionaries in the early 1970s. Then came Berkman's carceral inferno followed by public health redemption. A tale masterfully told by a superb historian with a primary experience of these people and times."--Alfredo Morabia, Editor-in-Chief of the American Journal of Public Health

"Susan Reverby has written a thoughtful and loving biography of her childhood friend Alan Berkman that forces us to move beyond the pervasive narratives of declension, and occasional hagiography, that too often shroud the history of the revolutionary New Left in the United States. The grandson of Jewish émigrés, Berkman was destined for a life of upper-middle-class affluence as a Columbia University–trained medical doctor. But the moral imperative of the Black Liberation and anticolonial movements offered him the opportunity to remake himself as a revolutionary subject whose life traversed the Weather Underground, the Attica Rebellion, the American Indian Movement, and the Brink’s truck robbery in 1981. This incredible story of a revolutionary "co-conspirator" traces Berkman's radical activism through his incarceration as a political prisoner in the Reagan era and his subsequent rebirth as a leader of the global AIDS movement. This book is an absolute must read for anyone interested in the radical continuities of politics since the 1960s."--Donna Murch, author of Living for the City: Migration, Education, and the Rise of the Black Panther Party in Oakland, California