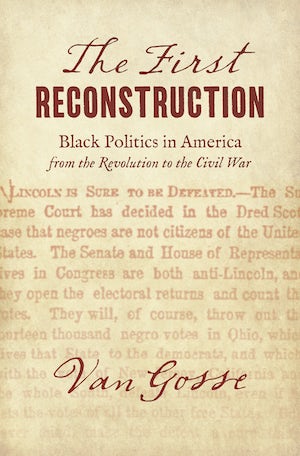 It may be difficult to imagine that a consequential black electoral politics evolved in the United States before the Civil War, for as of 1860, the overwhelming majority of African Americans remained in bondage. Yet free black men, many of them escaped slaves, steadily increased their influence in electoral politics over the course of the early American republic. Despite efforts to disfranchise them, black men voted across much of the North, sometimes in numbers sufficient to swing elections. In this meticulously-researched book, Van Gosse offers a sweeping reappraisal of the formative era of American democracy from the Constitution's ratification through Abraham Lincoln's election, chronicling the rise of an organized, visible black politics focused on the quest for citizenship, the vote, and power within the free states.

Full of untold stories and thorough examinations of political battles, this book traces a First Reconstruction of black political activism following emancipation in the North. From Portland, Maine and New Bedford, Massachusetts to Brooklyn and Cleveland, black men operated as voting blocs, denouncing the notion that skin color could define citizenship.

Van Gosse is professor of history at Franklin and Marshall College.
For more information about Van Gosse, visit the Author Page.

"Gosse's immensely detailed The First Reconstruction offers a revealing, at times startling reconsideration of early national and antebellum political history. . . . A valuable work of history that speak[s] powerfully to our own historical moment."—New York Review of Books

"Gosse . . . does something revelatory: he has excavated the widespread engagement of black men in the electoral sphere. . . . A timely intervention for our own historical moment. The long history of racism in America has not faced such popular scrutiny since the Civil Rights Movement of the 1960s."—Jacobin

"In this creative, deeply researched, lucid, and well-argued book, Gosse (Franklin and Marshall College) offers a reinterpretation of an evolving reconstruction in race relations in the northern states long before the traditional start of Reconstruction following the Civil War in 1865. . . . Highly recommended."—Choice Reviews

"This is a superb book—a page turner—that fundamentally changes the way we have come to understand black politics in America."—Richard Blackett, author of The Captive's Quest for Freedom: Fugitive Slaves, the 1850 Fugitive Slave Law, and the Politics of Slavery

"Once or twice every decade we are given an arresting work of scholarship that reorients our understanding of the antebellum era. Van Gosse's monumental history of northern black electoral politics is such a book. Working from little-used newspaper and local archival sources, he shows that intrepid free black men with redoubtable white allies hammered out a blueprint for a biracial democracy that our textbooks tell us was the work of the post–Civil War Reconstructionists. This is black agency not heretofore measured and appreciated."—Gary Nash, author of The Unknown American Revolution: The Unruly Birth of Democracy and the Struggle to Create America

"The First Reconstruction will quickly be recognized as a classic—a stunning feat of research and interpretation that enlivens our understanding of both black history and U.S. political history. Indeed, it teaches us that we can't understand the one without the other. The early United States will never look the same. Perhaps the future will not either if we take its lessons to heart."—David Waldstreicher, author of Slavery's Constitution: From Revolution to Ratification 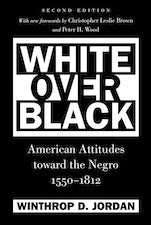