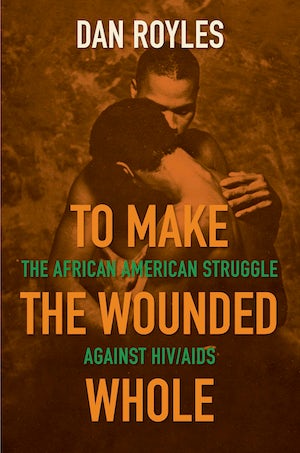 In the decades since it was identified in 1981, HIV/AIDS has devastated African American communities. Members of those communities mobilized to fight the epidemic and its consequences from the beginning of the AIDS activist movement. They struggled not only to overcome the stigma and denial surrounding a "white gay disease" in Black America, but also to bring resources to struggling communities that were often dismissed as too "hard to reach." To Make the Wounded Whole offers the first history of African American AIDS activism in all of its depth and breadth. Dan Royles introduces a diverse constellation of activists, including medical professionals, Black gay intellectuals, church pastors, Nation of Islam leaders, recovering drug users, and Black feminists who pursued a wide array of grassroots approaches to slow the epidemic's spread and address its impacts. Through interlinked stories from Philadelphia and Atlanta to South Africa and back again, Royles documents the diverse, creative, and global work of African American activists in the decades-long battle against HIV/AIDS.

"Royles’s project is of grand and urgent scope. He writes a history of African American reactions to HIV/AIDS over the past 40 years—historicizing protest, conspiracy, denial, structural inequity, and countless forms of bias—while also capturing a movement in progress. . . . To Make the Wounded Whole—with its seven case studies on moments in the movement, each detailed, finely researched, and compassionately written—engages in a rich conversation about Black activism within the AIDS epidemic across almost half a century."—Los Angeles Review of Books

"Royles shows that activists worked to address not only the HIV/AIDS epidemic itself but also the structural injustice that made African Americans more vulnerable to the disease. . . . Highly recommended."—CHOICE Reviews

"[The] richly detailed narratives trace a complex web of personalities and groups, beset with conflict and often decimated by illness, yet tirelessly fighting to educate, agitate, and heal. . . . The book’s strength lies not in an exhaustive account or unified narrative, but in the skillful comparison of the diverse strategies undertaken by African Americans to fight the devastation of HIV/AIDS. . . . Today, as we confront the most severe pandemic of our era amidst a national reckoning around the enduring power of white supremacy over Black lives, the heartbreaking and inspiring stories of a generation of African American AIDS activists offer critical guidance to our struggles for health and racial justice today."—Black Perspectives

“To Make the Wounded Whole is a valuable addition to HIV/AIDS historiography. It sheds light on an understudied topic and underscores the critical role that race has played in the pandemic’s evolution”—The Journal of Southern History

“Necessary reading for those interested not only in how HIV/AIDS affects African Americans, but also how Black people responded (and continue to respond) to health inequities.”—H-Sci-Med-Tech

"Royles has delivered a masterfully nuanced yet clearly rendered account of one of the greatest challenges to African American health and politics in the twentieth and twenty-first centuries. Historians and public health professionals alike will particularly appreciate To Make the Wounded Whole for its close attention to the intertwined social histories of Black gay organizational politics, gender justice, and public health policy and practice."--Samuel Kelton Roberts Jr., author of Infectious Fear: Politics, Disease, and the Health Effects of Segregation