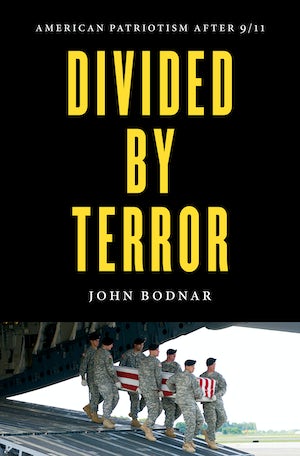 Americans responded to the deadly terrorist attacks on September 11, 2001, with an outpouring of patriotism, though all were not united in their expression. A war-based patriotism inspired millions of Americans to wave the flag and support a brutal War on Terror in Afghanistan and Iraq, while many other Americans demanded an empathic patriotism that would bear witness to the death and suffering surrounding the attack. Twenty years later, the war still simmers, and both forms of patriotism continue to shape historical understandings of 9/11's legacy and the political life of the nation.

John Bodnar's compelling history shifts the focus on America's War on Terror from the battlefield to the arena of political and cultural conflict, revealing how fierce debates over the war are inseparable from debates about the meaning of patriotism itself. Bodnar probes how honor, brutality, trauma, and suffering have become highly contested in commemorations, congressional correspondence, films, soldier memoirs, and works of art. He concludes that Americans continue to be deeply divided over the War on Terror and how to define the terms of their allegiance--a fissure that has deepened as American politics has become dangerously polarized over the first two decades of this new century.

"A highly recommended work that sheds insight on how patriotism is formed and sustained during times of crisis. Bodnar’s work is also important for its understanding of the power of collective memory and how it has shaped American society in the 21st century."--Library Journal

"John Bodnar's rich and comprehensive work provides us with a convincing analysis of how Americans have struggled to define the contours of patriotism in the post–9/11 moment."--David Kieran, author of Signature Wounds: The Untold Story of the Military's Mental Health Crisis

"A beautifully written, heartbreaking, and powerful book that adds compelling new depth to our understandings of the history and memory of the War on Terror and American patriotism in the twenty-first century."--Kristin Hass, author of Sacrificing Soldiers on the National Mall